Workshop ‘Women, Crime and Justice in a Changing Europe’ 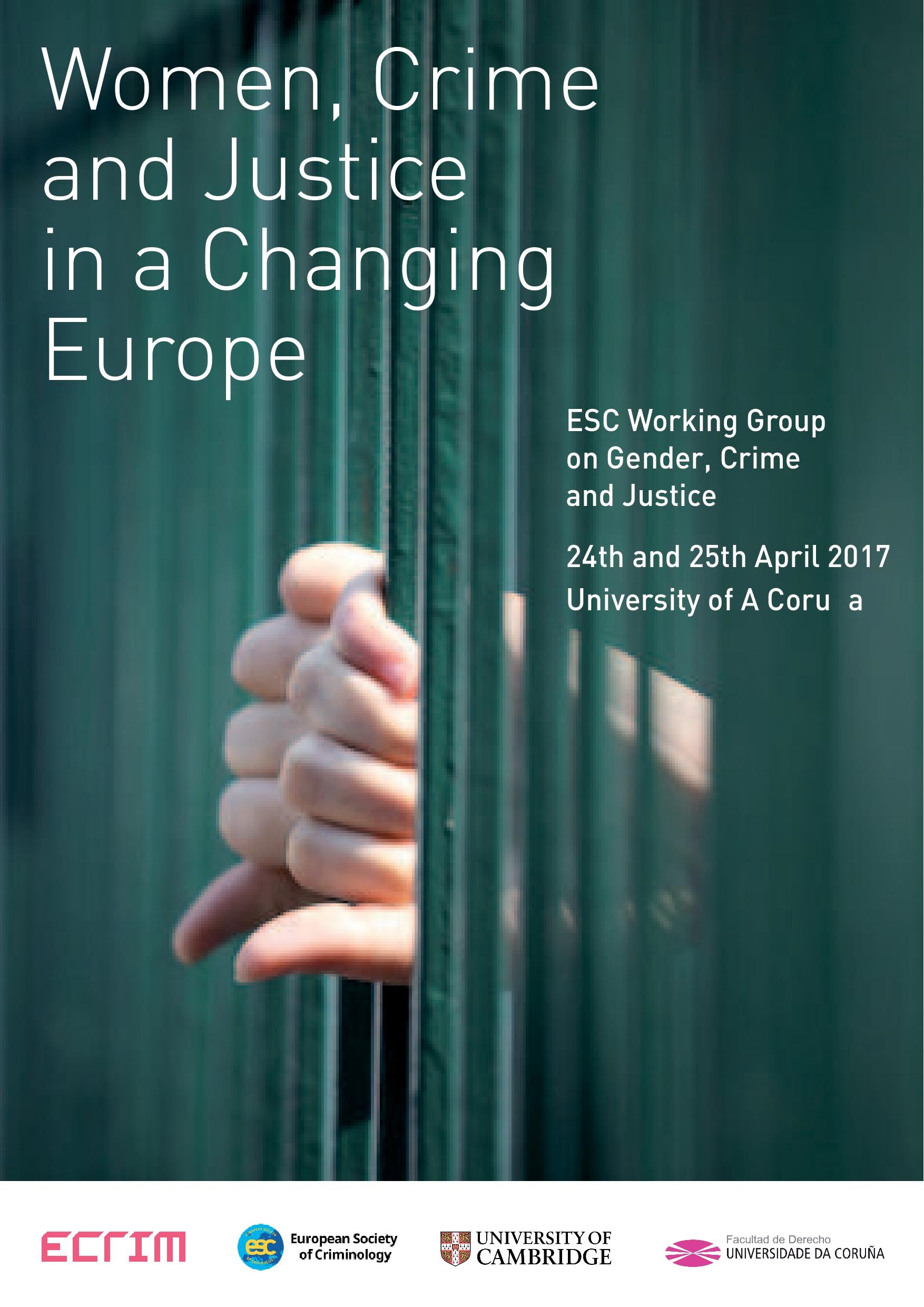 The 2-day workshop gathered around 30 scholars, who debated on a wide variety of Gender and Justice topics, such as violence against women, the experience of imprisoned women, trafficking in human beings, sex work and prostitution and reproductive rights. Additionally, a general meeting of the working group was held during the workshop. 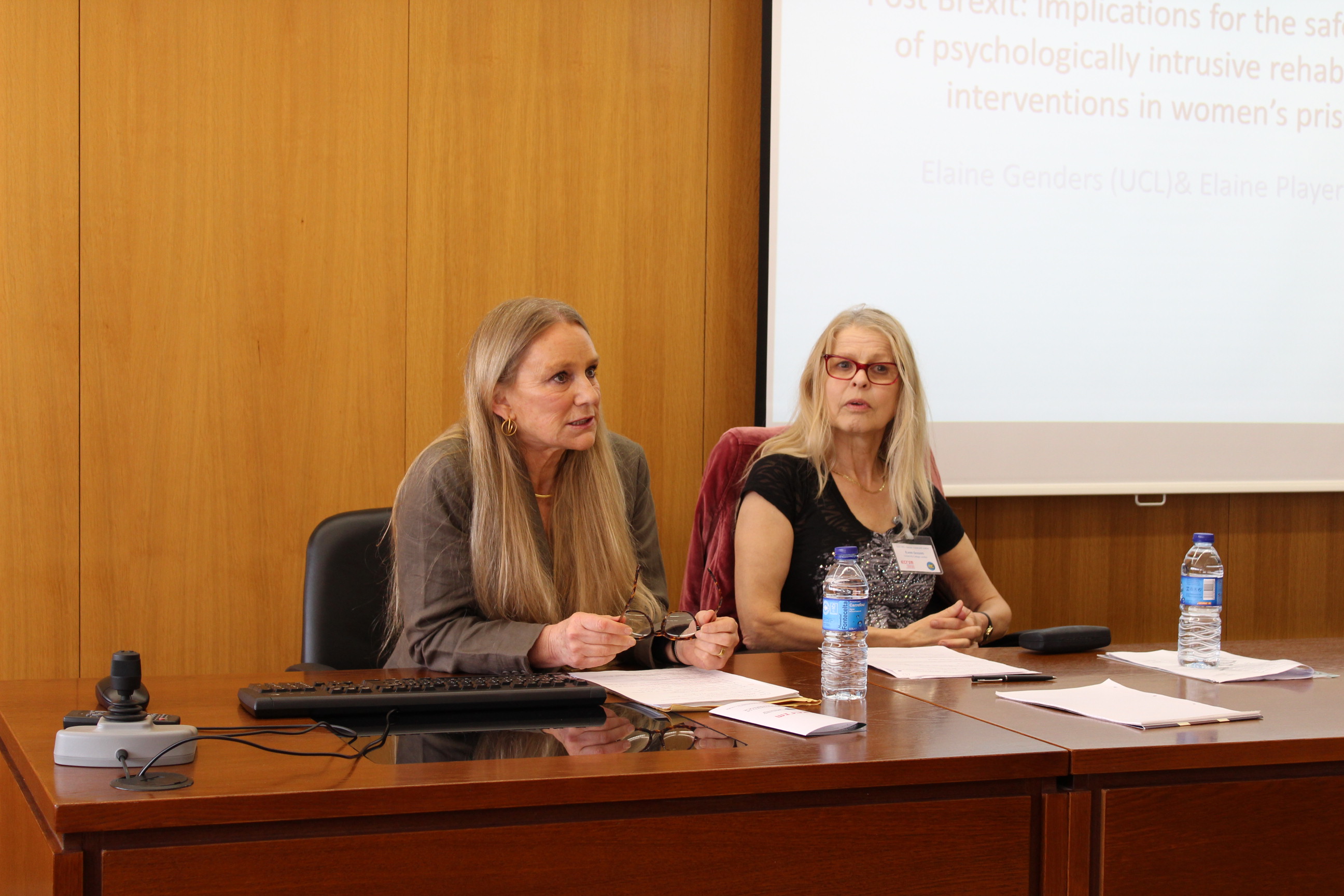 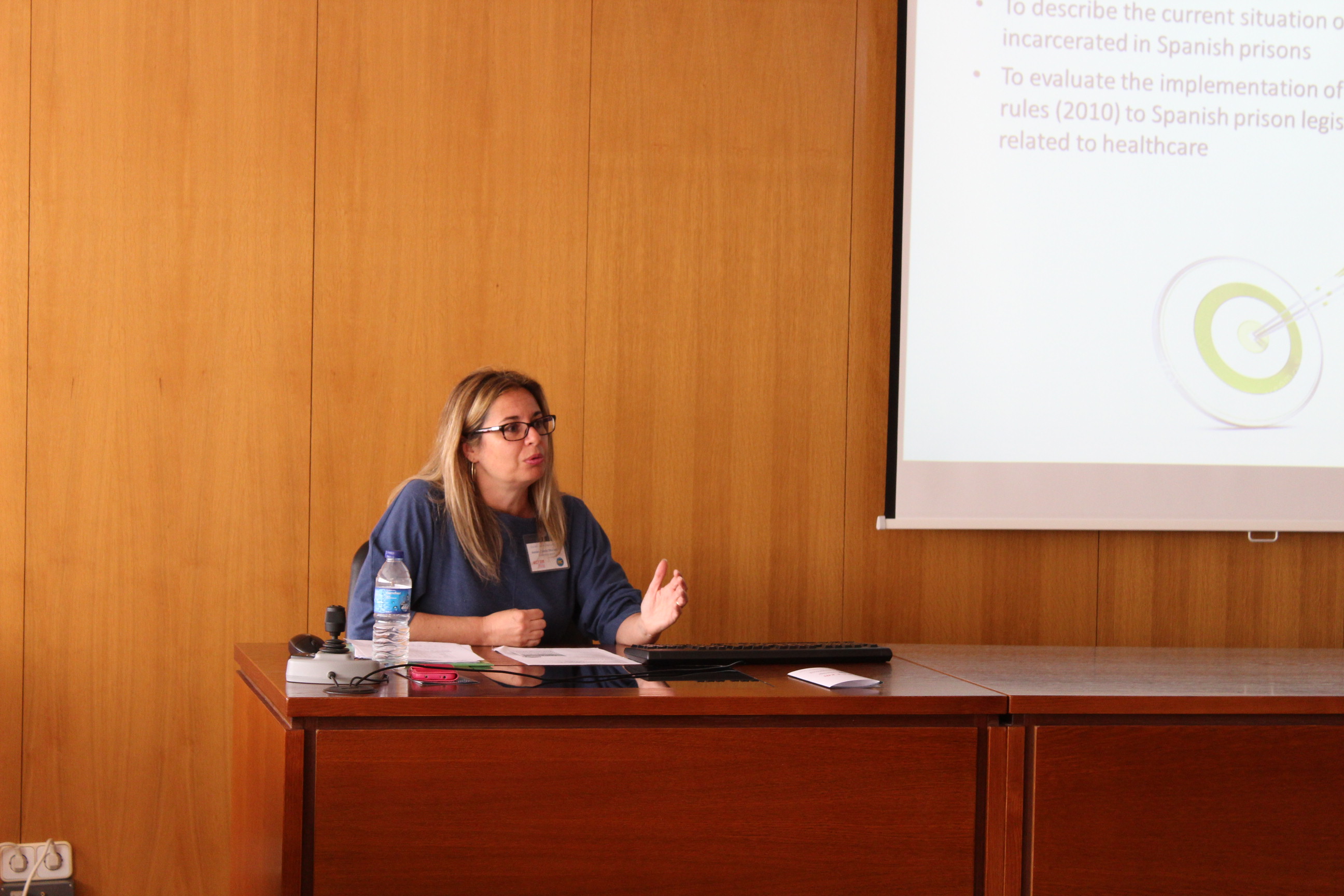 The topic  was subsequently addressed by Anabel Cerezo (University of Málaga, Spain), who
reflected on ‘Women Prisoners and Health: The Implementation
of Bangkok Rules to the Spanish Prison Legislation‘. 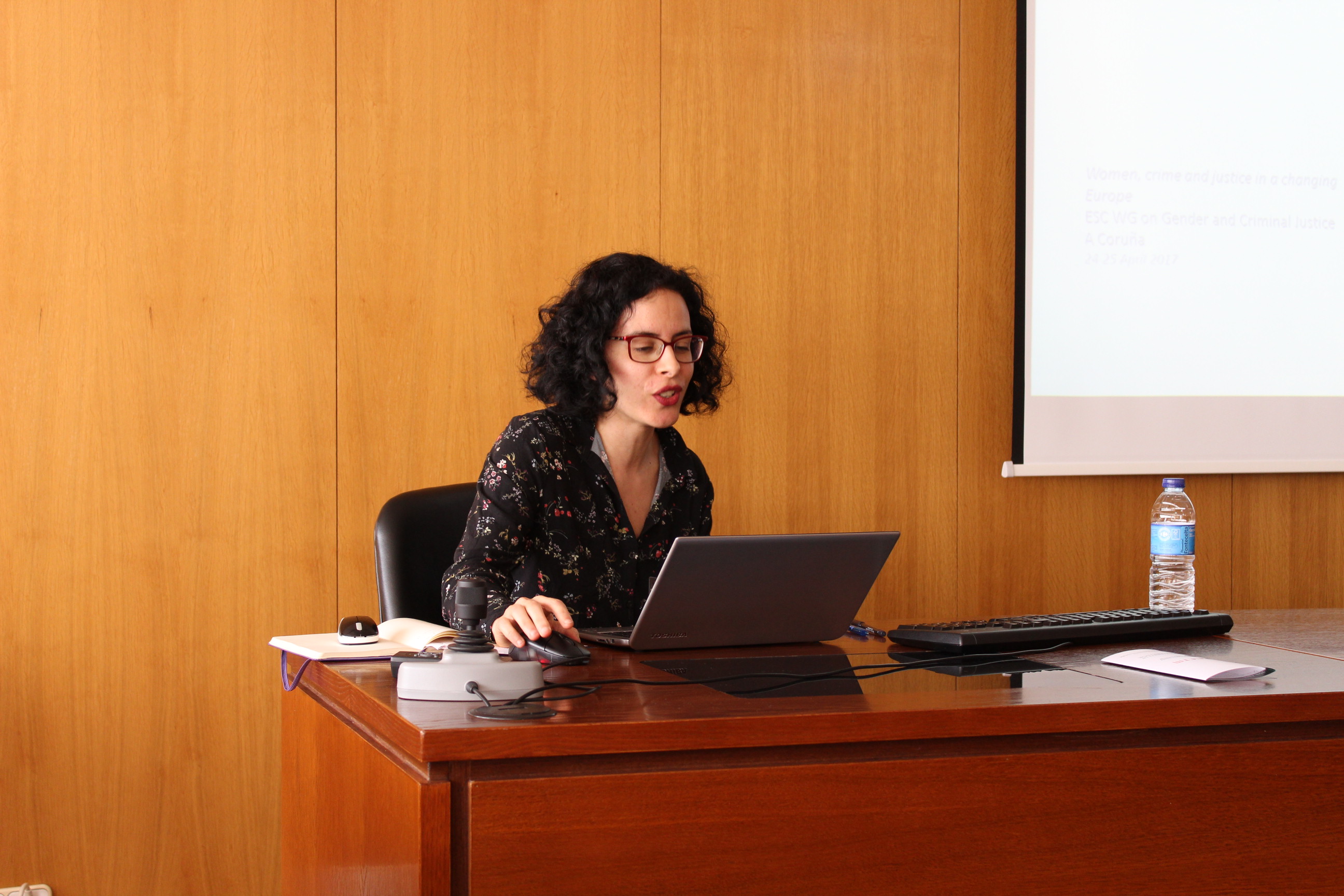 Ana Ballesteros (University of Barcelona, Spain) also focused on the situation of female inmates in Spain, by presenting a paper on ‘Responsibilisation and female imprisonment in
contemporary penal policy: “Respect Modules”
(“Módulos de Respeto”) in Spain‘. 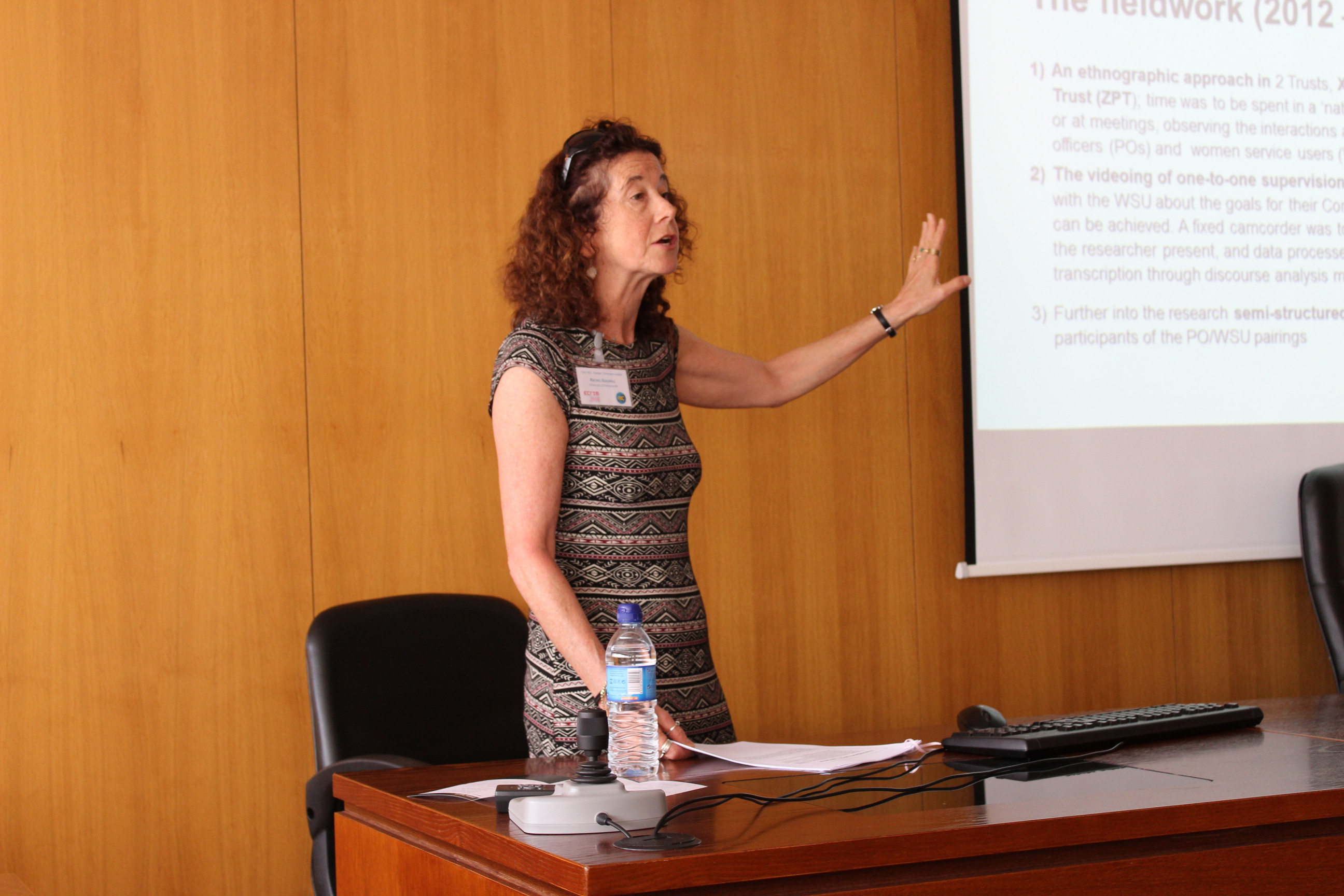 The second papel session was entitled ‘In Search of Social Justice’. It began with a presentation made by Rachel Goldhill (University of Portsmouth, England), and called ‘Two steps forward, 3 steps back. A study of
community provision for women service users in England and Wales‘. 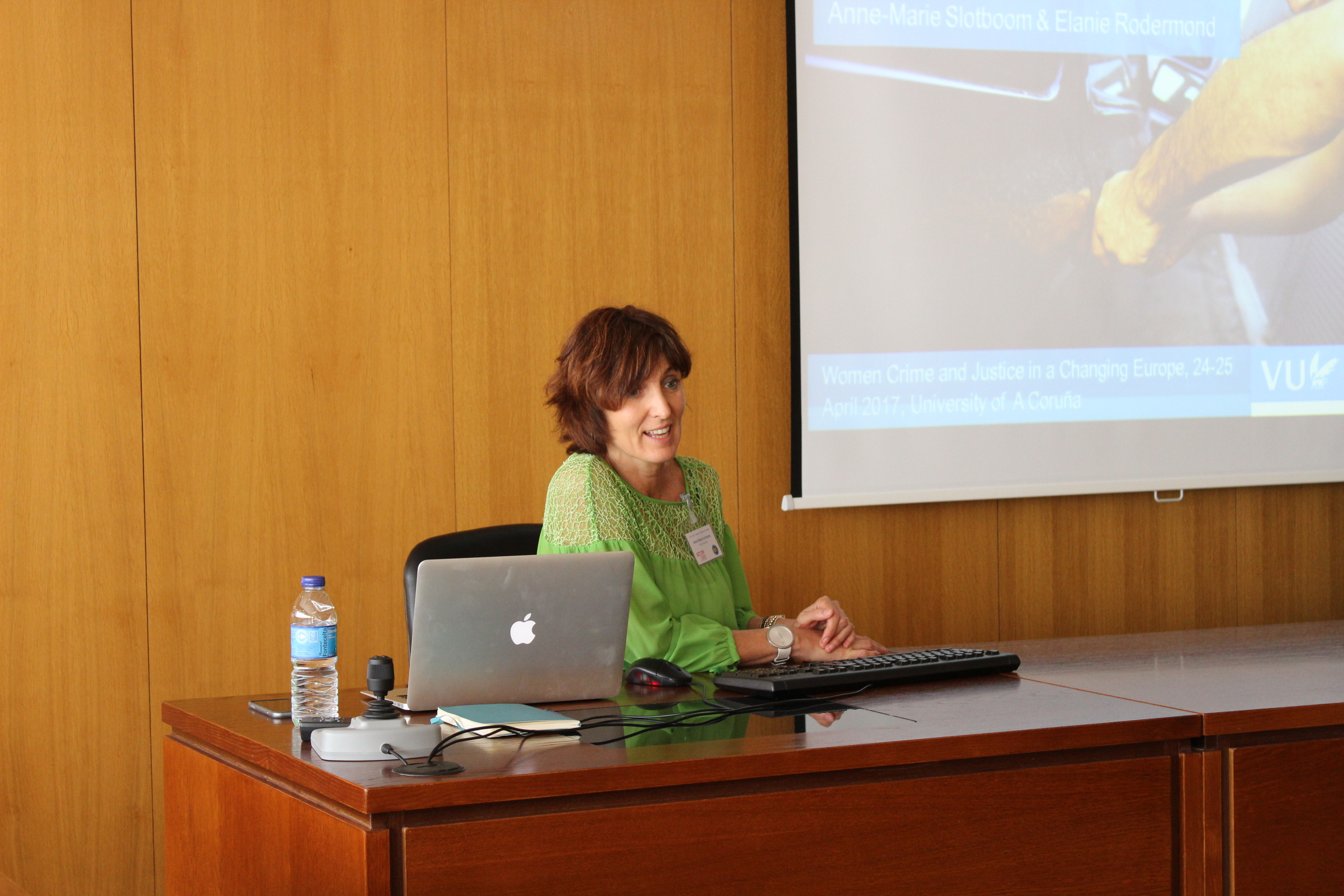 Anne-Marie Slotboom (Vrije Universiteit Amsterdam, The Netherlands) eventually debated the process of desistance from crime from the perspective of female offenders. 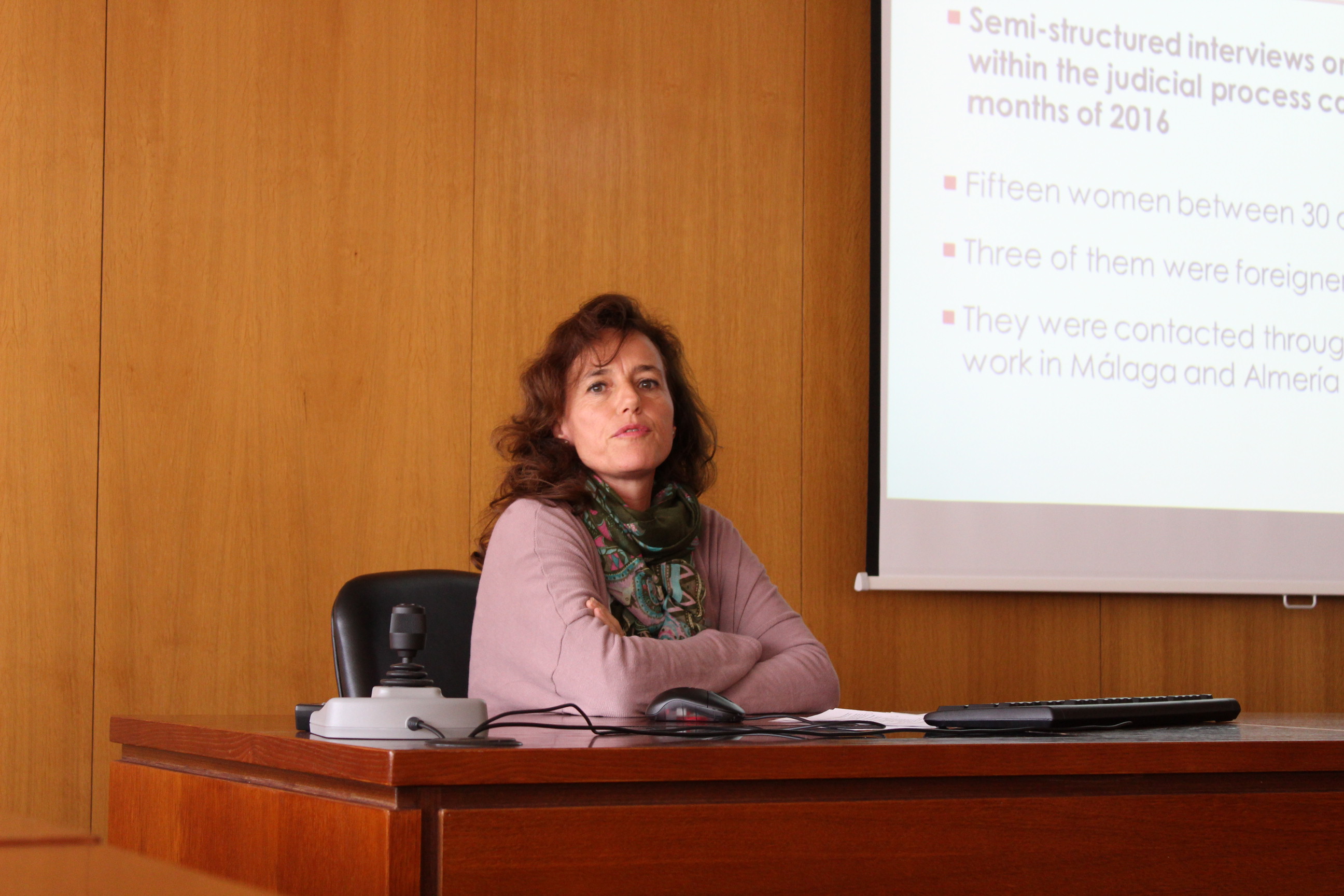 Finally, this panel session included a presentation made by Fátima Pérez (University of Málaga, Spain), who evaluated the penal policies implemented in Spain to prevent violence against women. 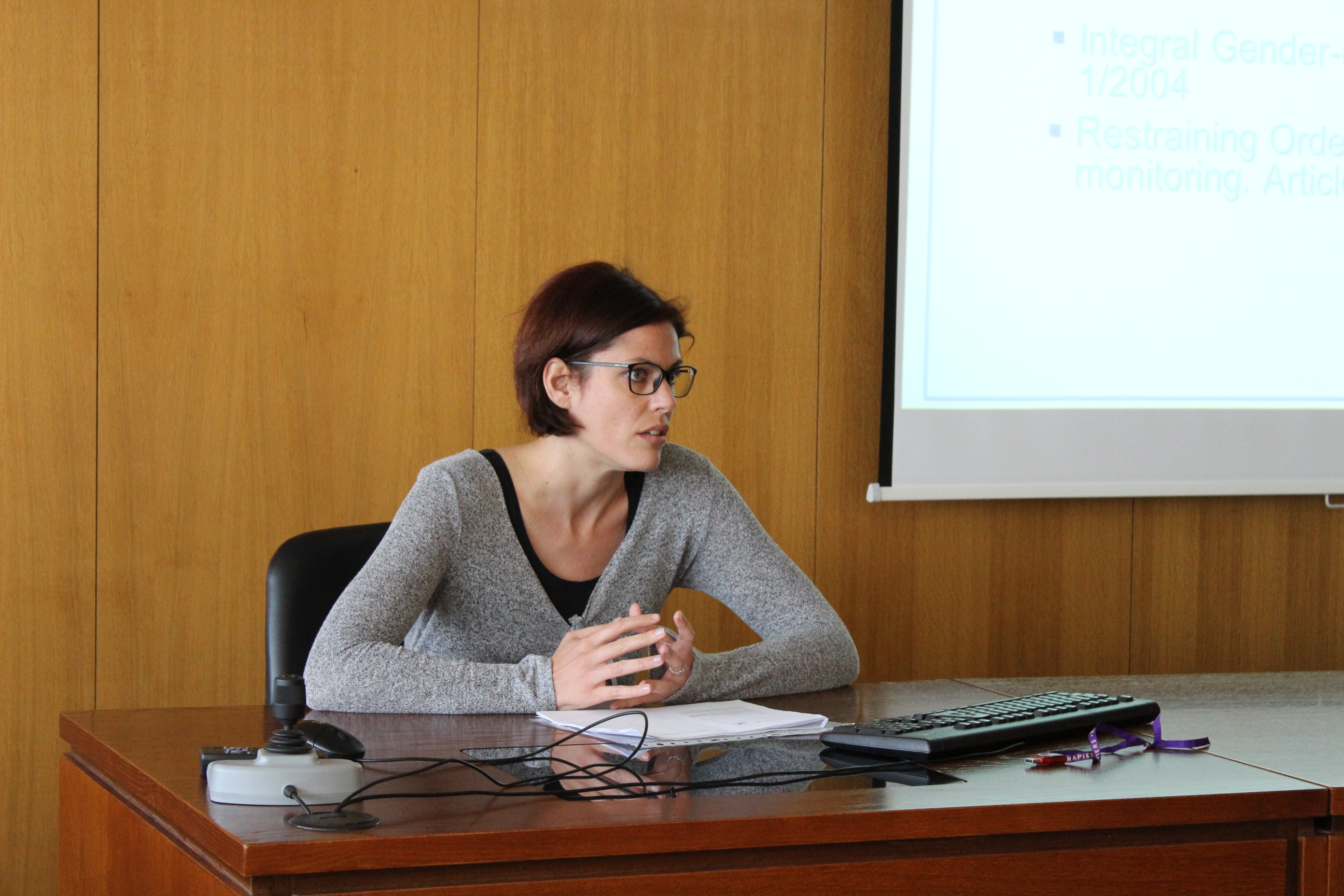 Lorea Arenas (University of Málaga, Spain) opened the third panel session, which was focused on domestic abuse. The Spanish scholar presented a paper on ‘GPS and domestic violence in Spain‘. 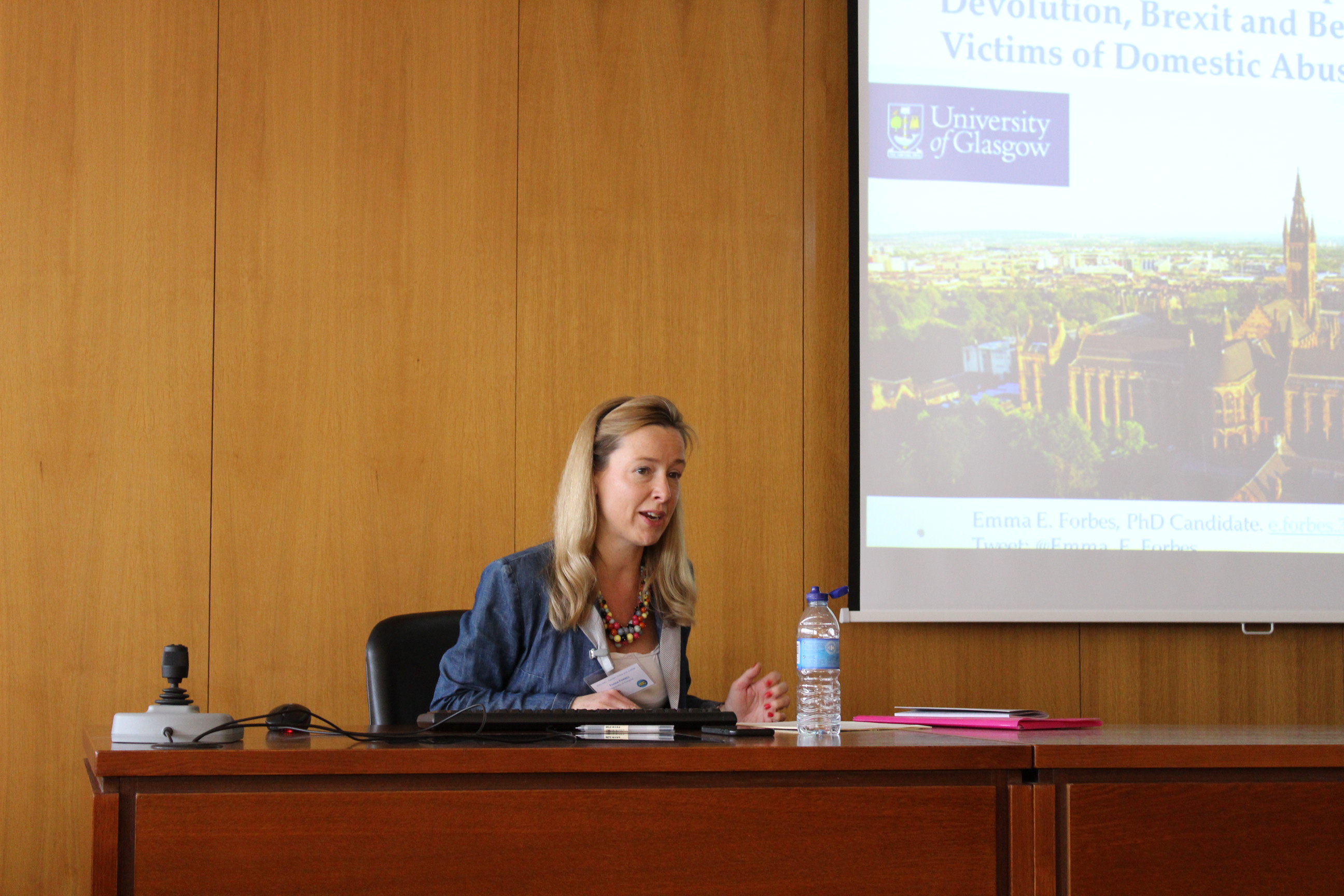 This presentation was followed by the talk given by Emma Forbes (University of Glasgow, Scotland), who debated the impact of Devolution, Brexit, and the post-Brexit political context in the penal policies against domestic abuse
in Scotland. 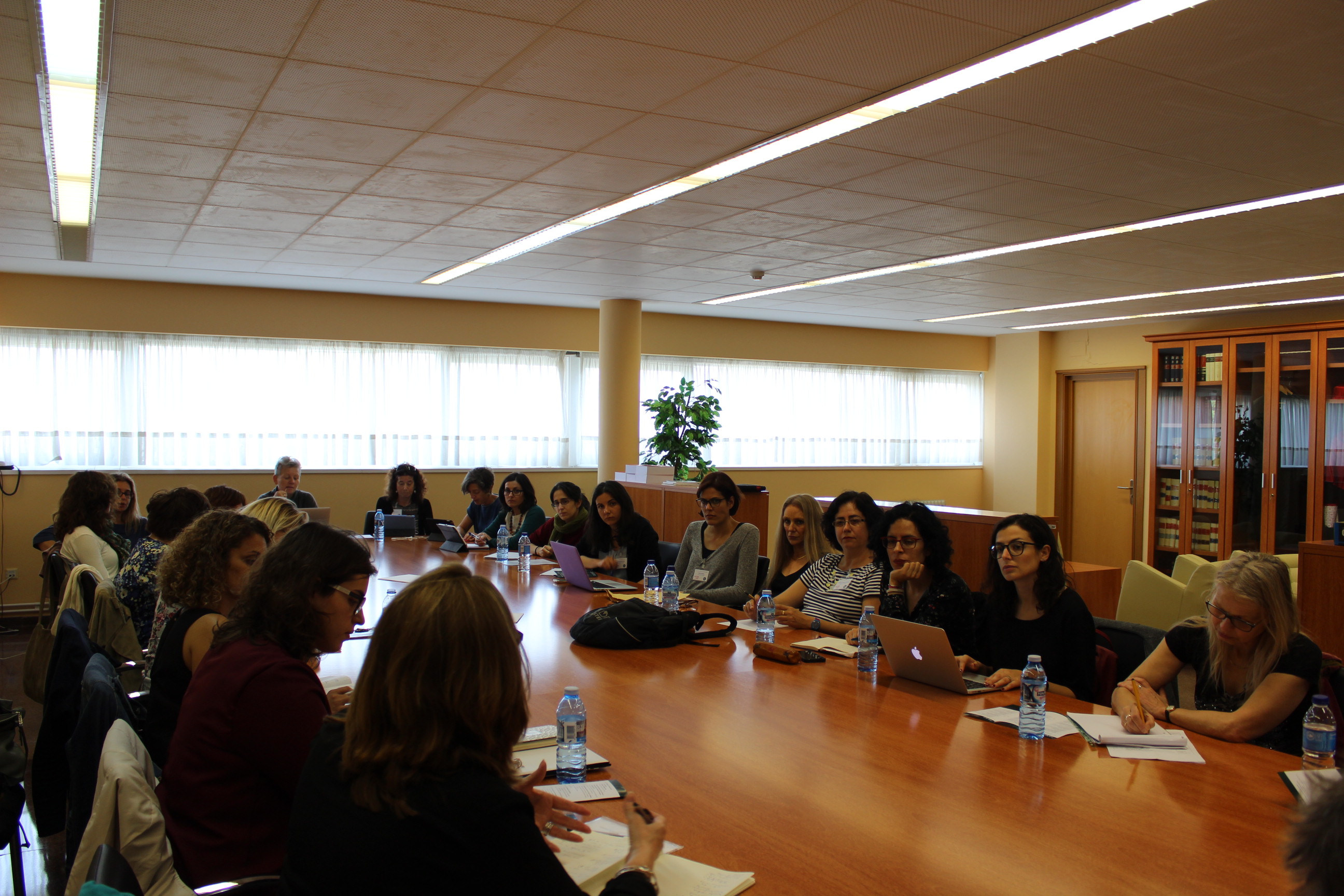 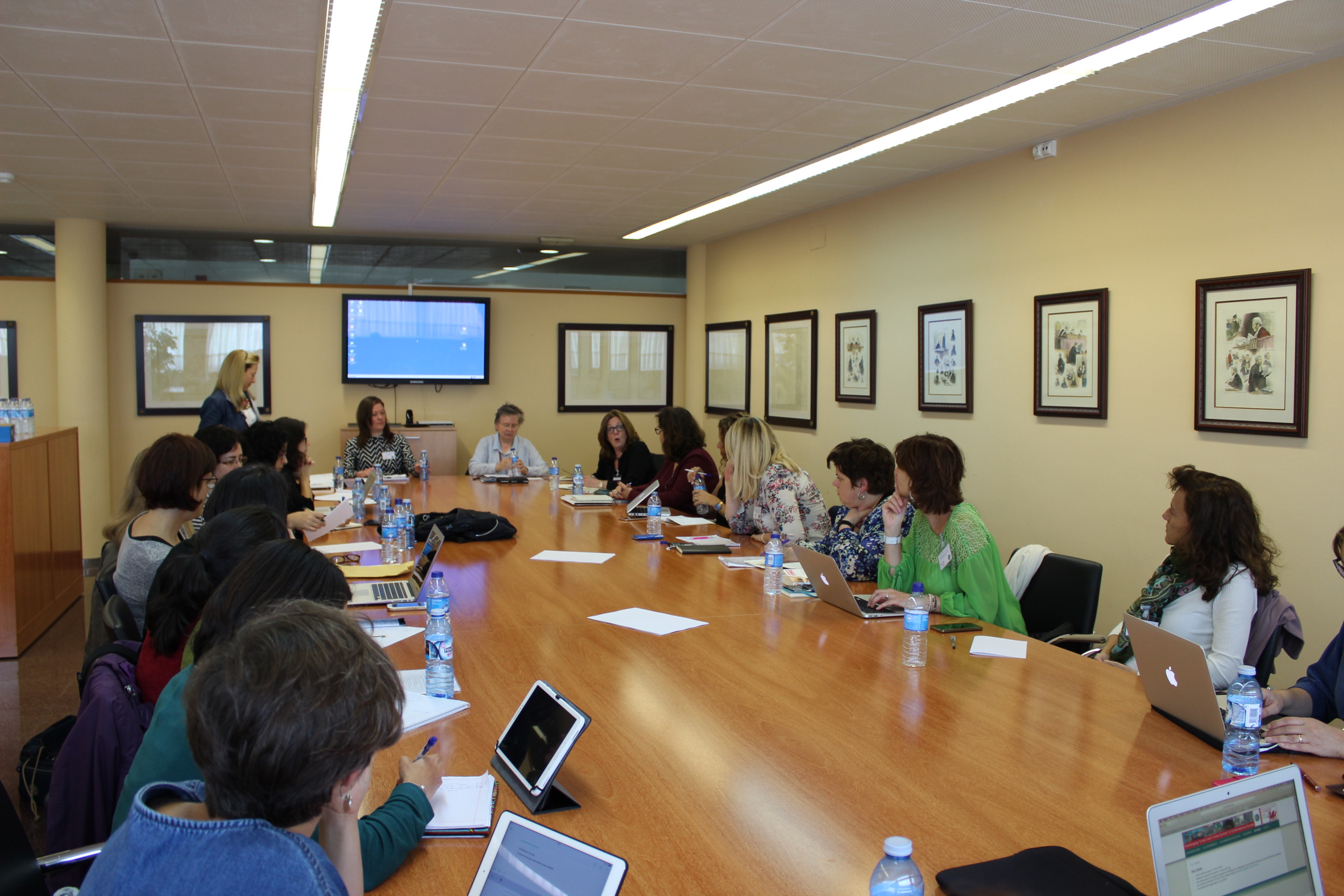 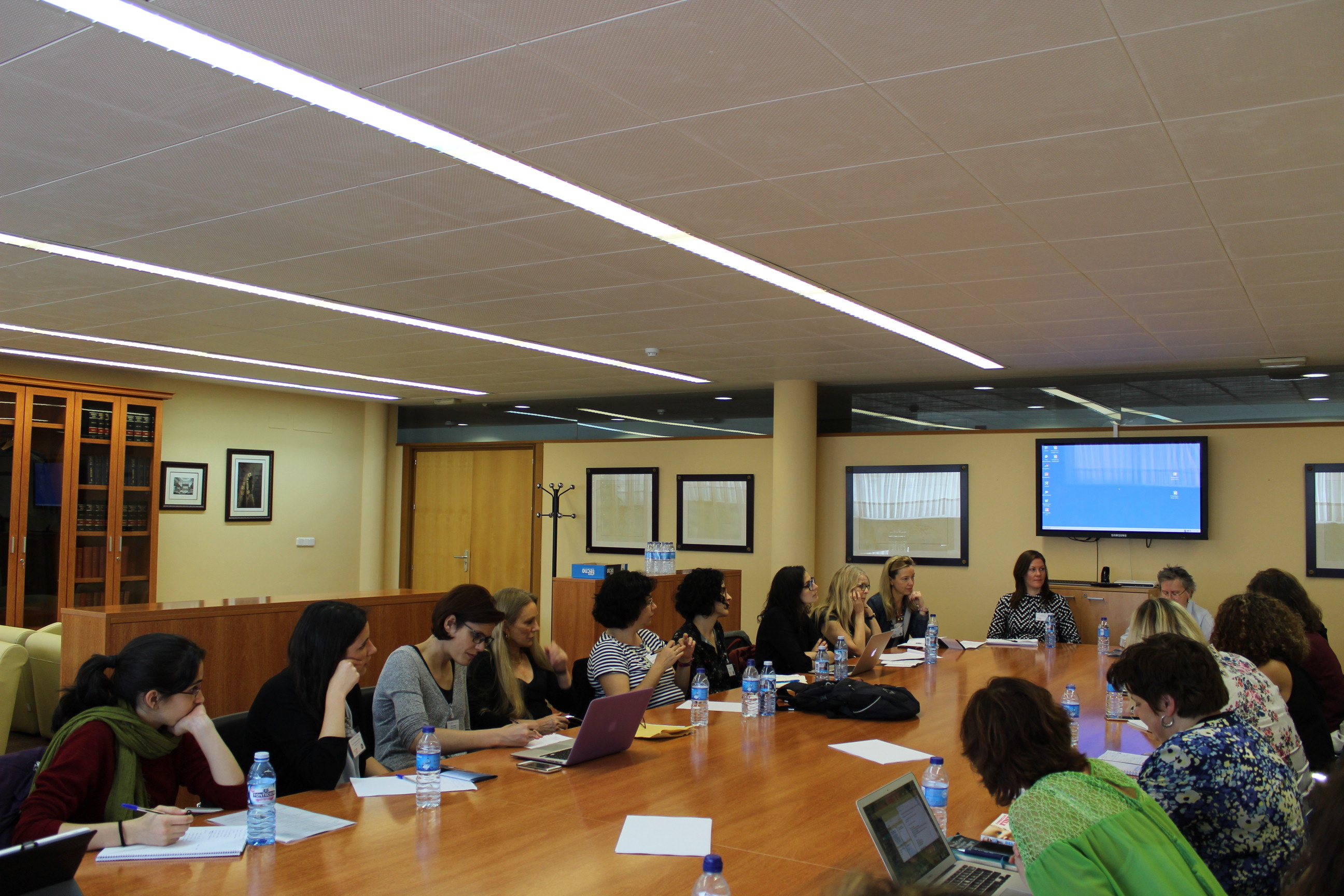 A general meeting of the ESC working group on Gender, Crime and Justice was also held on Monday, April 24. In this meeting the participants organised several panels to be sponsored by the working group in the upcoming Cardiff conference of the ESC, as well as began to prepare both an special issue of an academic journal and a collective book on gender and justice issues. 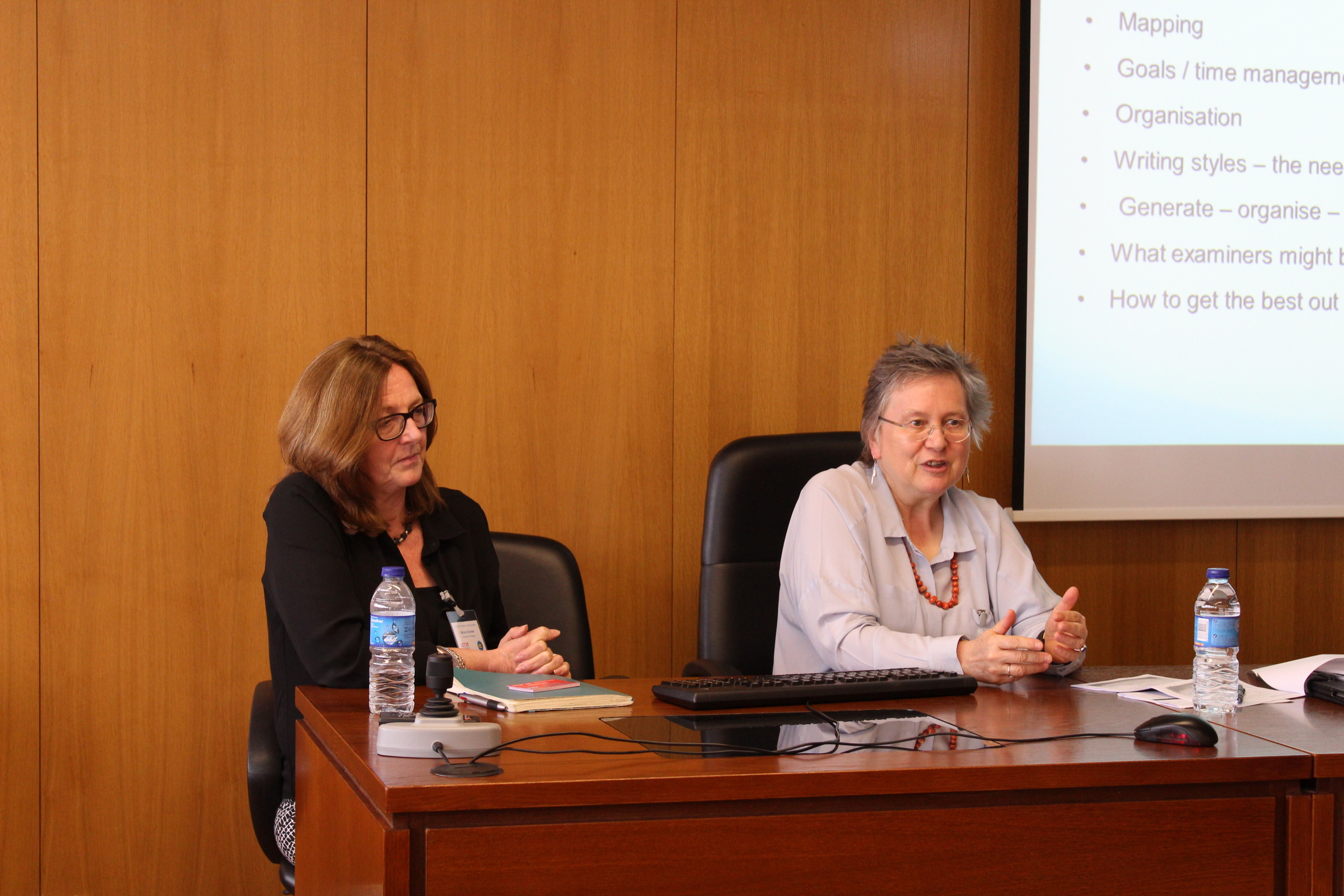 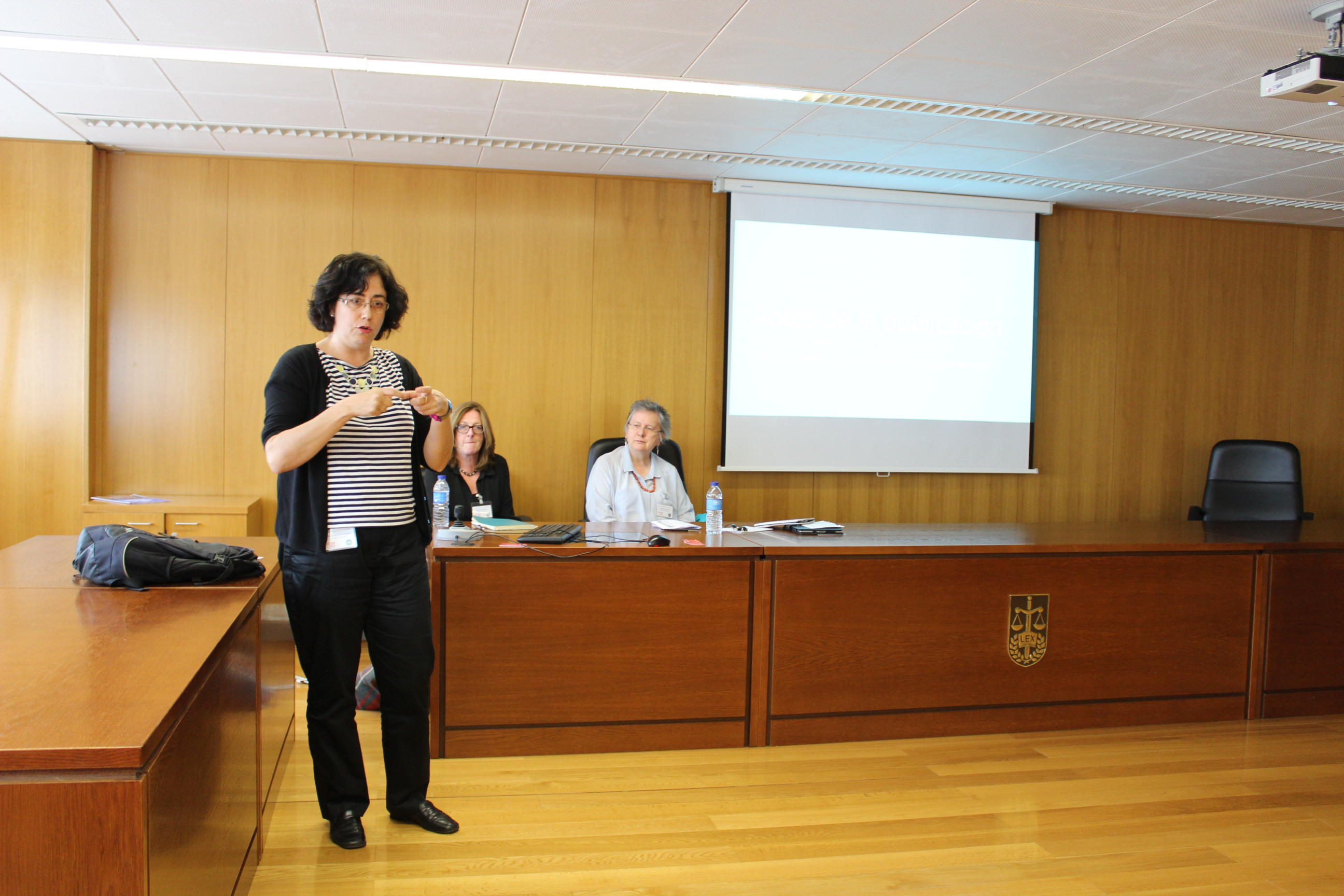 The general meeting of the working group was followed by a master class given the organisers of the workshop, Loraine Gelsthorpe (University of Cambridge, England), Michele Burman (University of Glasgow, Scotland), and Patricia Faraldo (University of A Coruna, Spain). The senior scholars provided an audience of PhD students and early-career reseachers a number of most helpful hints on how to write a PhD Dissertation and how to publish in international journals. 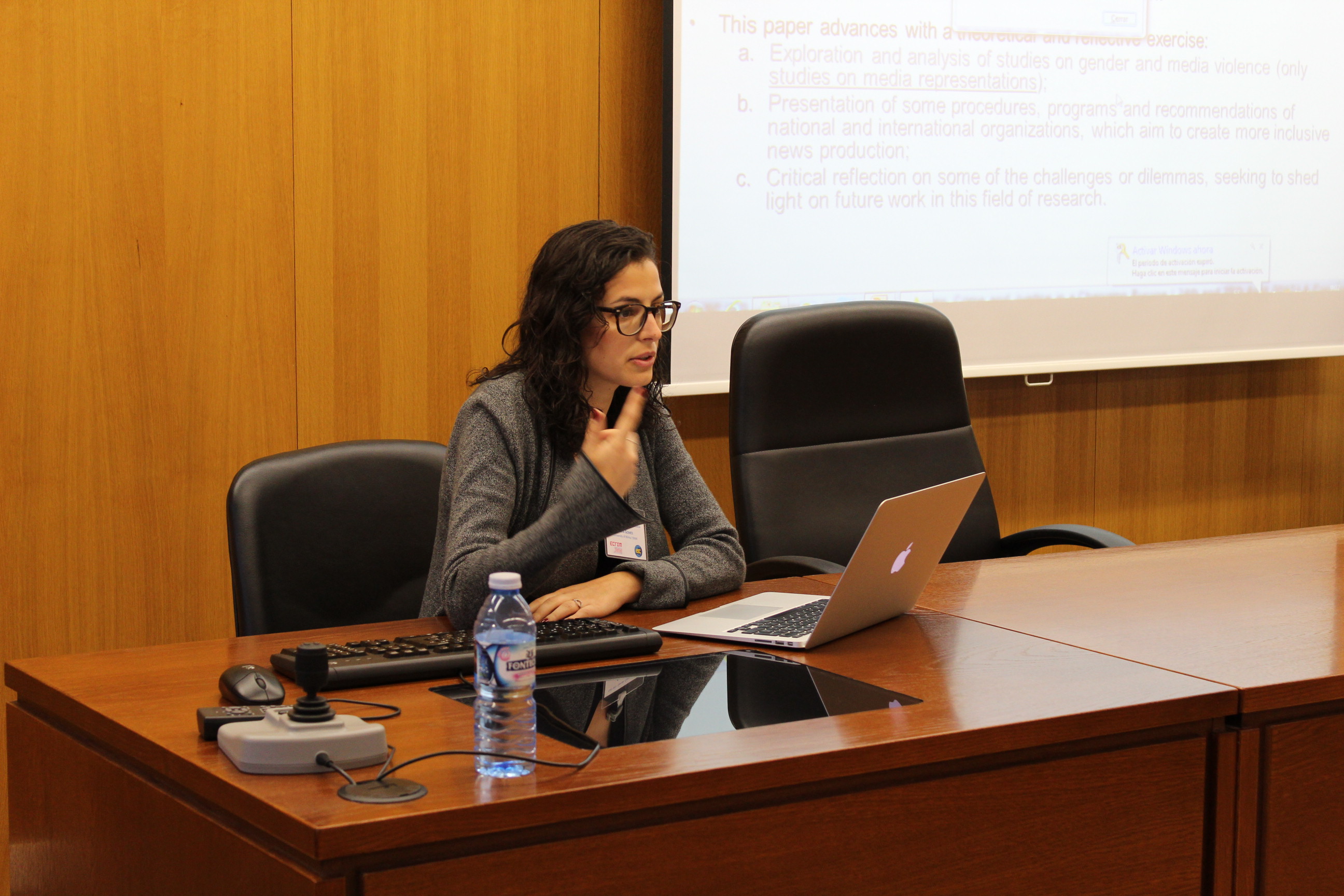 The second day of the  workshop was opened by a session entitled ‘Analysing gender‘. Sílvia Gomes (University of Minho, Portugal), presented a paper entitled ‘When gender violence is in the news: theoretical reflections and practical dilemmas‘. 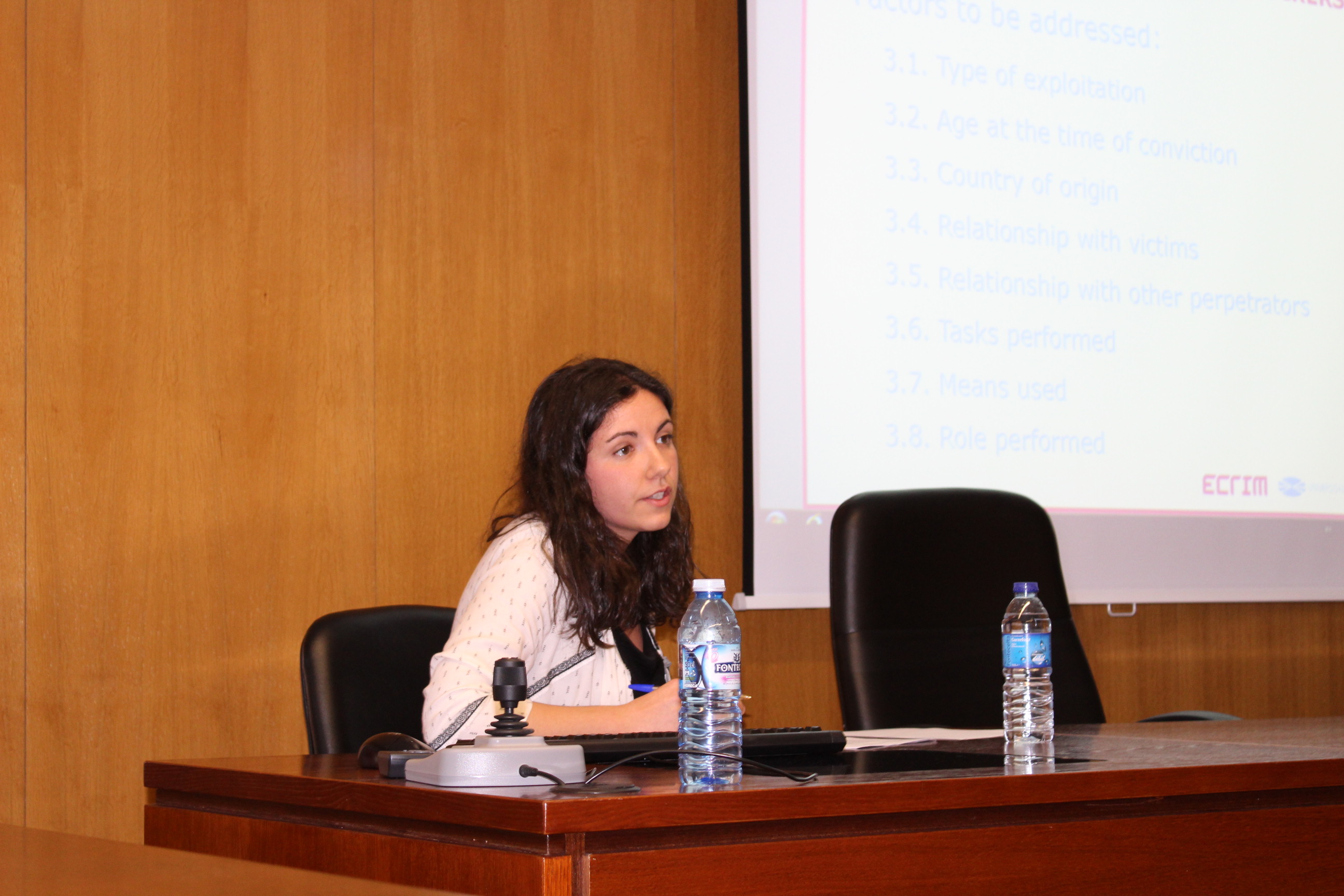 Within this panel session, the ECRIM member Silvia Rodríguez (University of A Coruna, Spain) gave a talk on ‘A Gender-Based Analysis of Human Trafficking Cases in Spain‘. 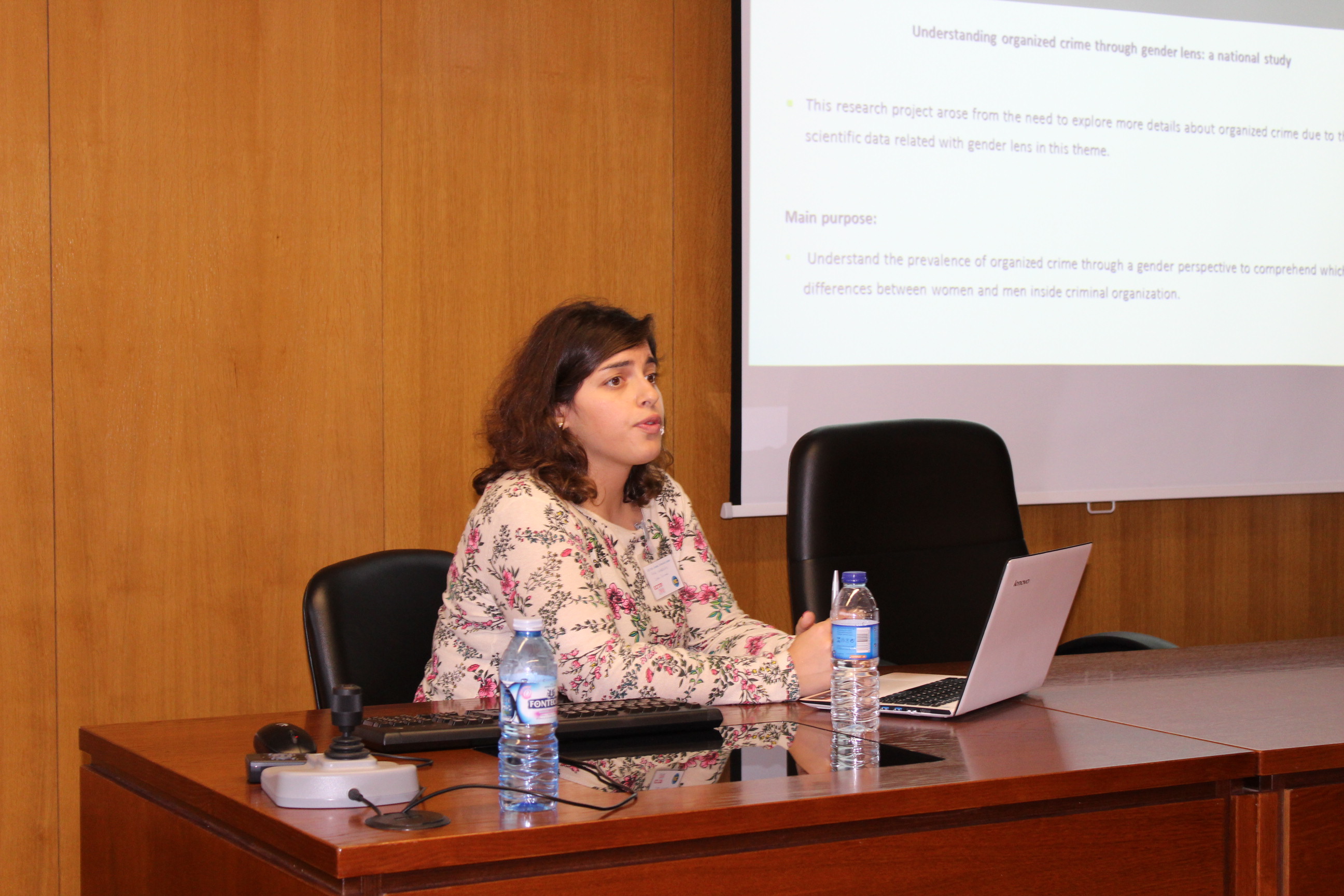 Finally, this session included as well a paper presented by Ana Guerreiro (ISMAI, Portugal), who examined the participation of women and the role played by female offenders in criminal organisations. 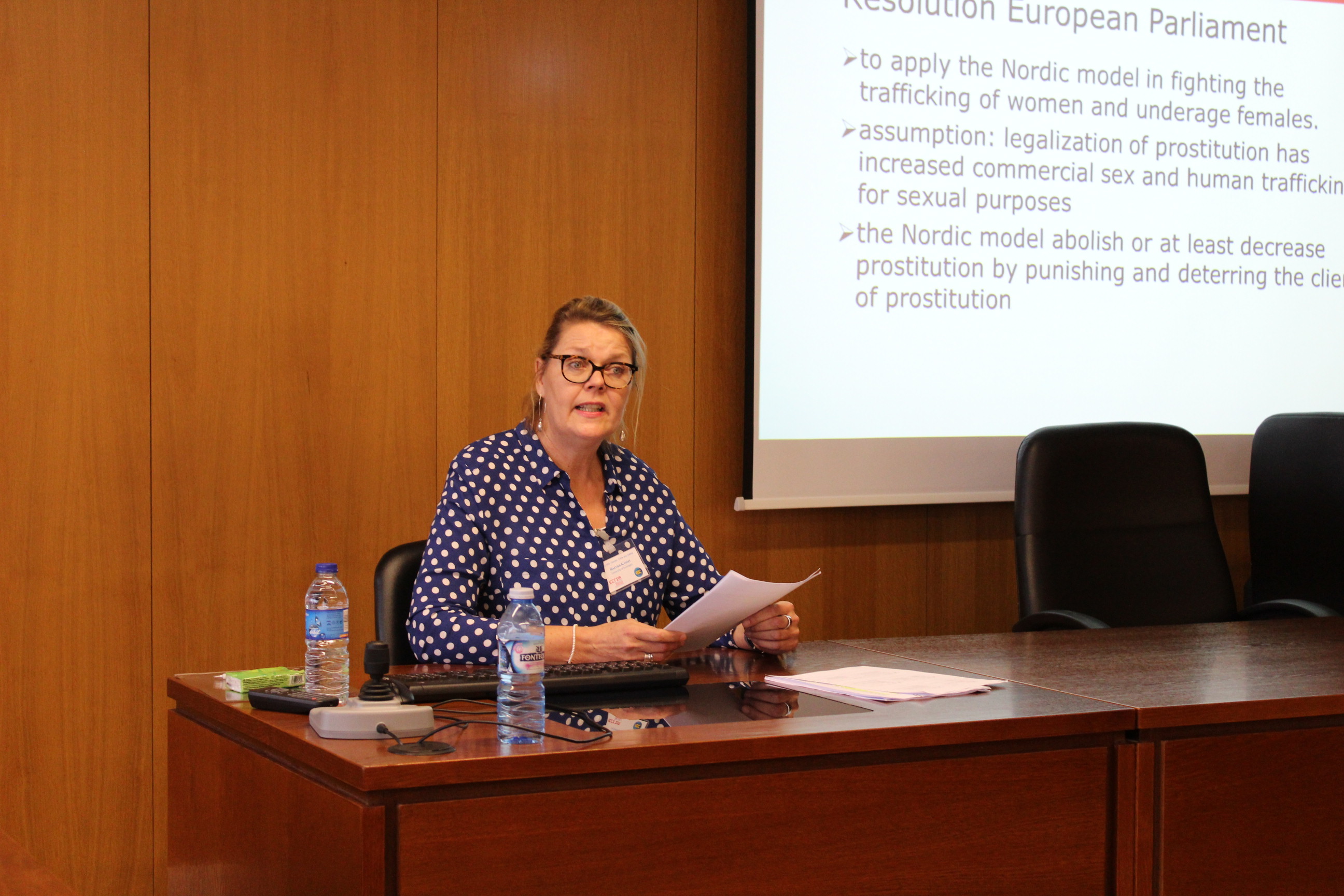 The second panel session of this day was comprised by two presentations. First, Martina Althoff (University of Groningen, The Netherlands) presented a paper on ‘What about women’s self-determination and prostitution policy? An assessment of the Dutch and Swedish legislation and its effects‘. 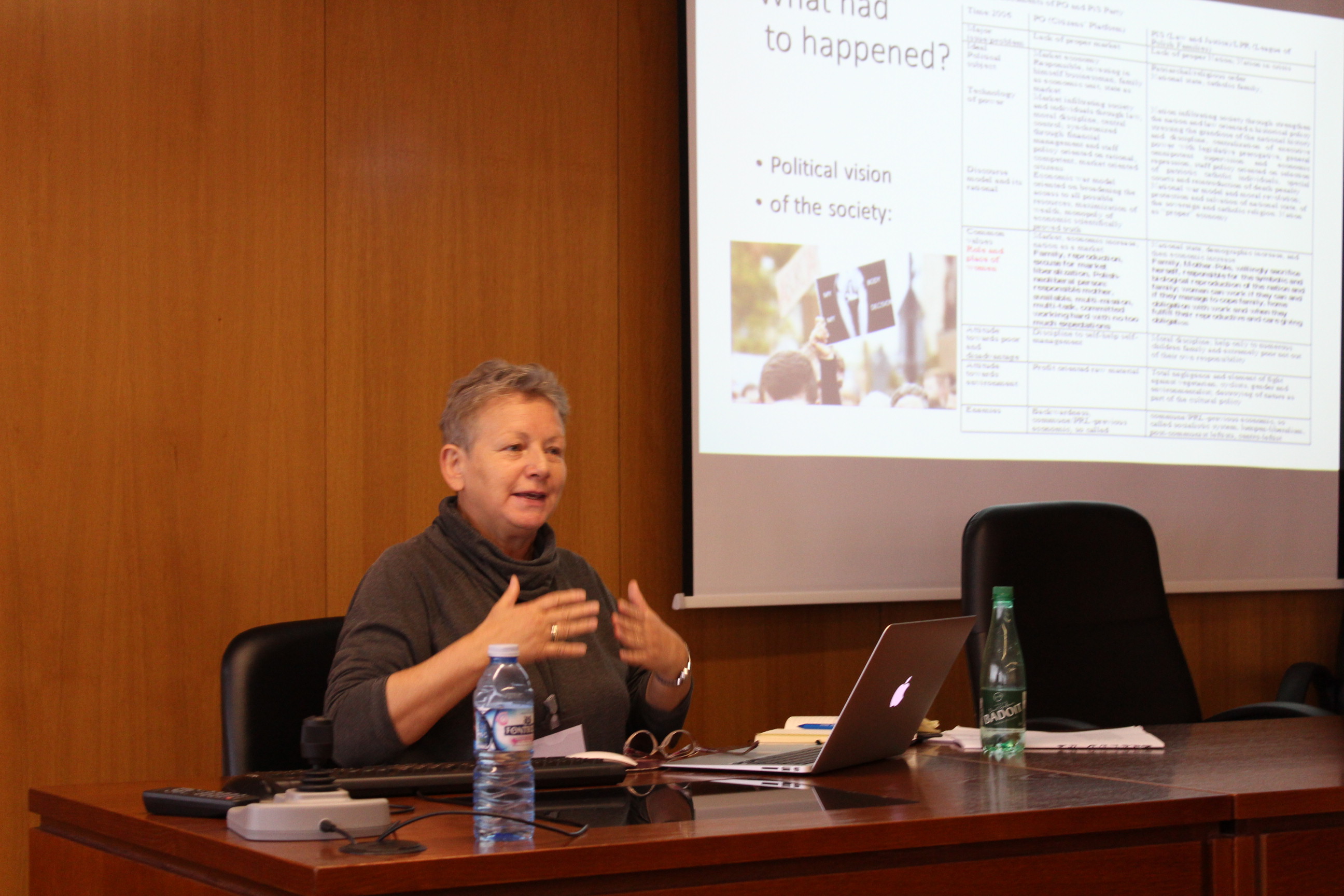 Second, Monika Platek (University of Warsaw, Poland) gave a talk entitled ‘When reproductive rights become a crime. Not only case of Poland‘. 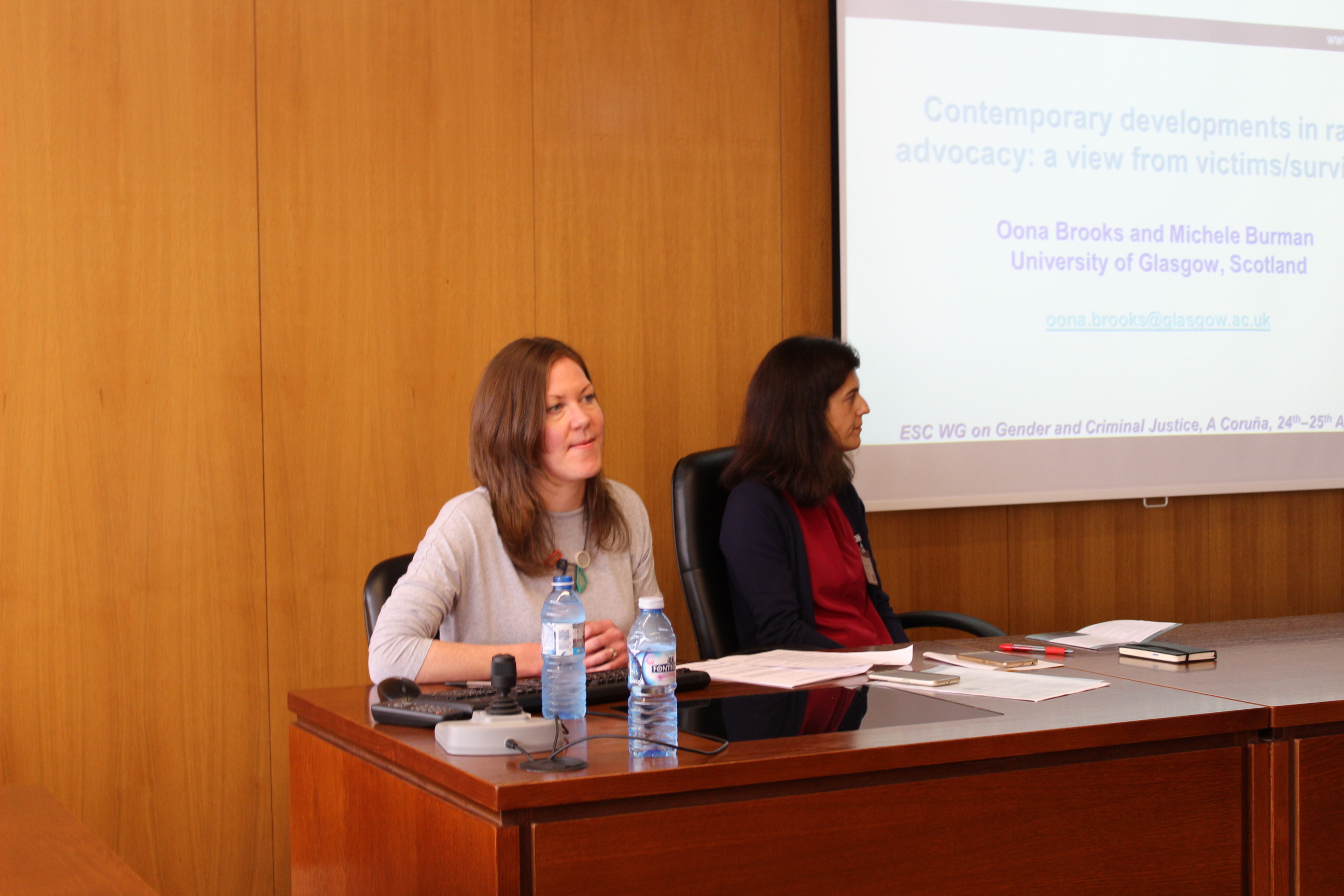 The last session of the workshop was called ‘Responding to Violence
Against Women‘ and included three presentations. On the one hand, Oona Brooks (University of Glasgow, Scotland) presented a paper on ‘Contemporary developments in rape advocacy: a view from victims/survivors‘. 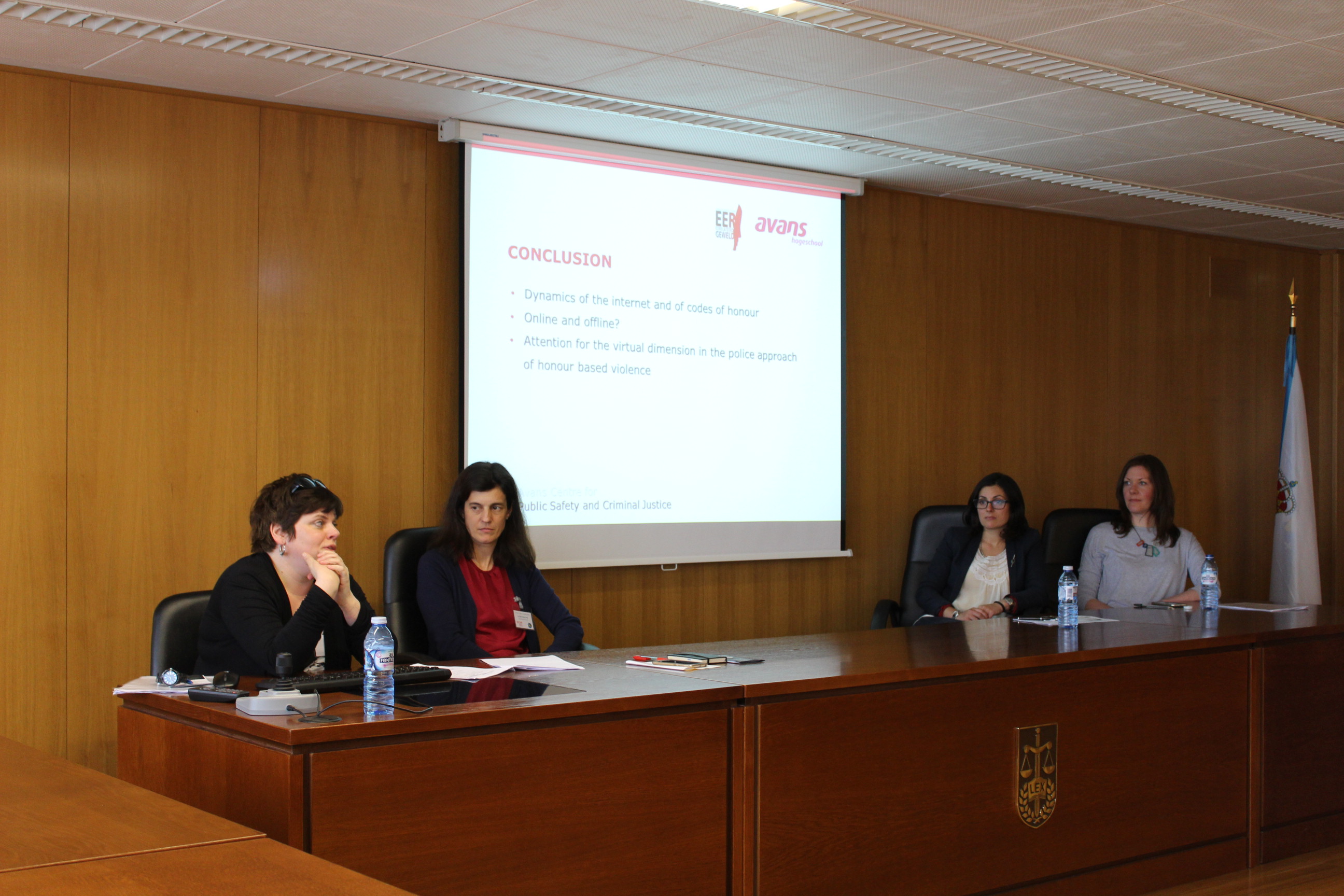 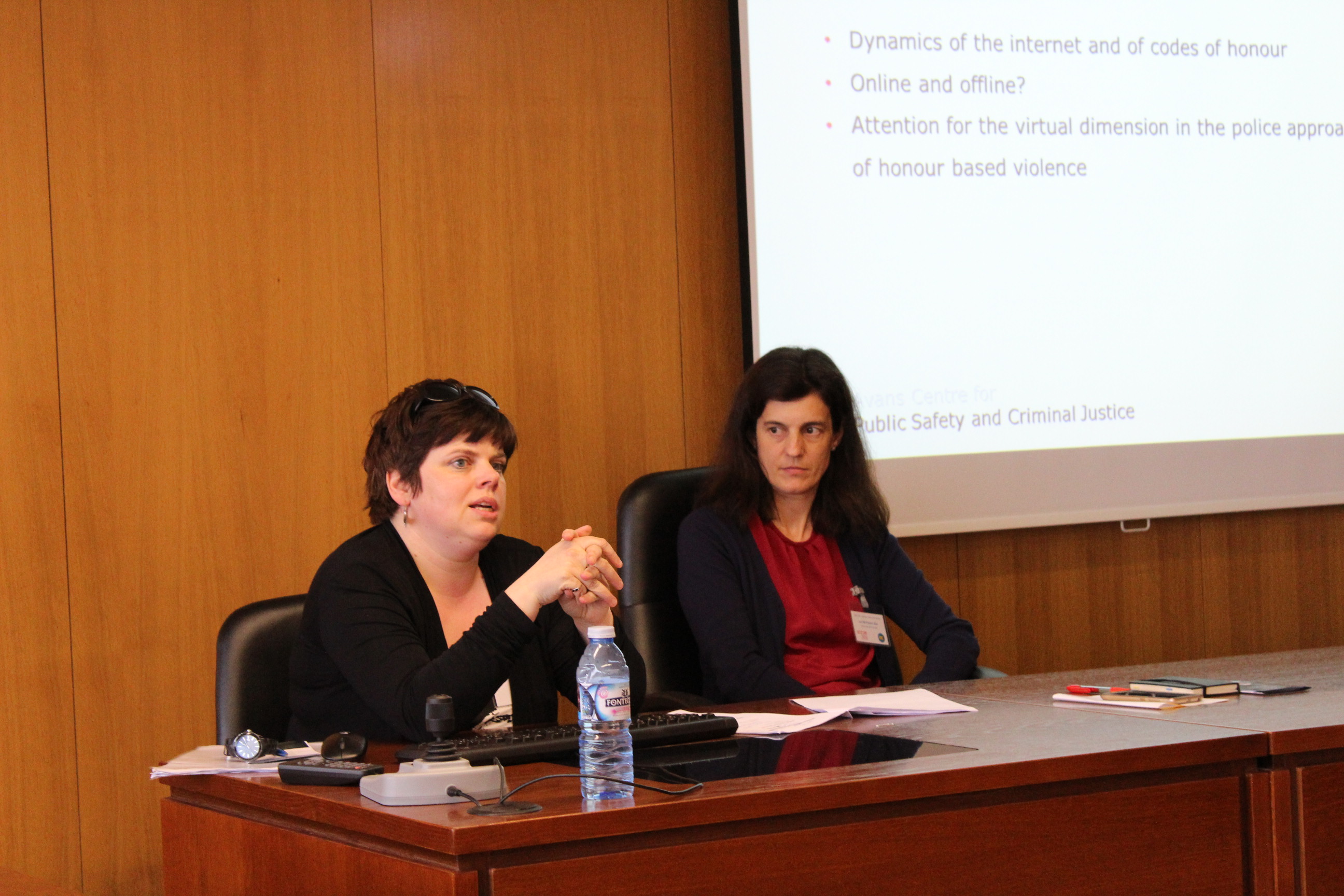 On the other hand, Sheila Fernández (Autonomous University of Chile, Chile / University of A
Coruna, Spain) debated its paper called ‘Indigenous women and violence against women.
Proposals from Latin America‘. Finally, the workshop was closed by the presentation made by Janine Janssen (Avans University, The Netherlands), who explored honour-based violence from the perspective of virtual and social media. 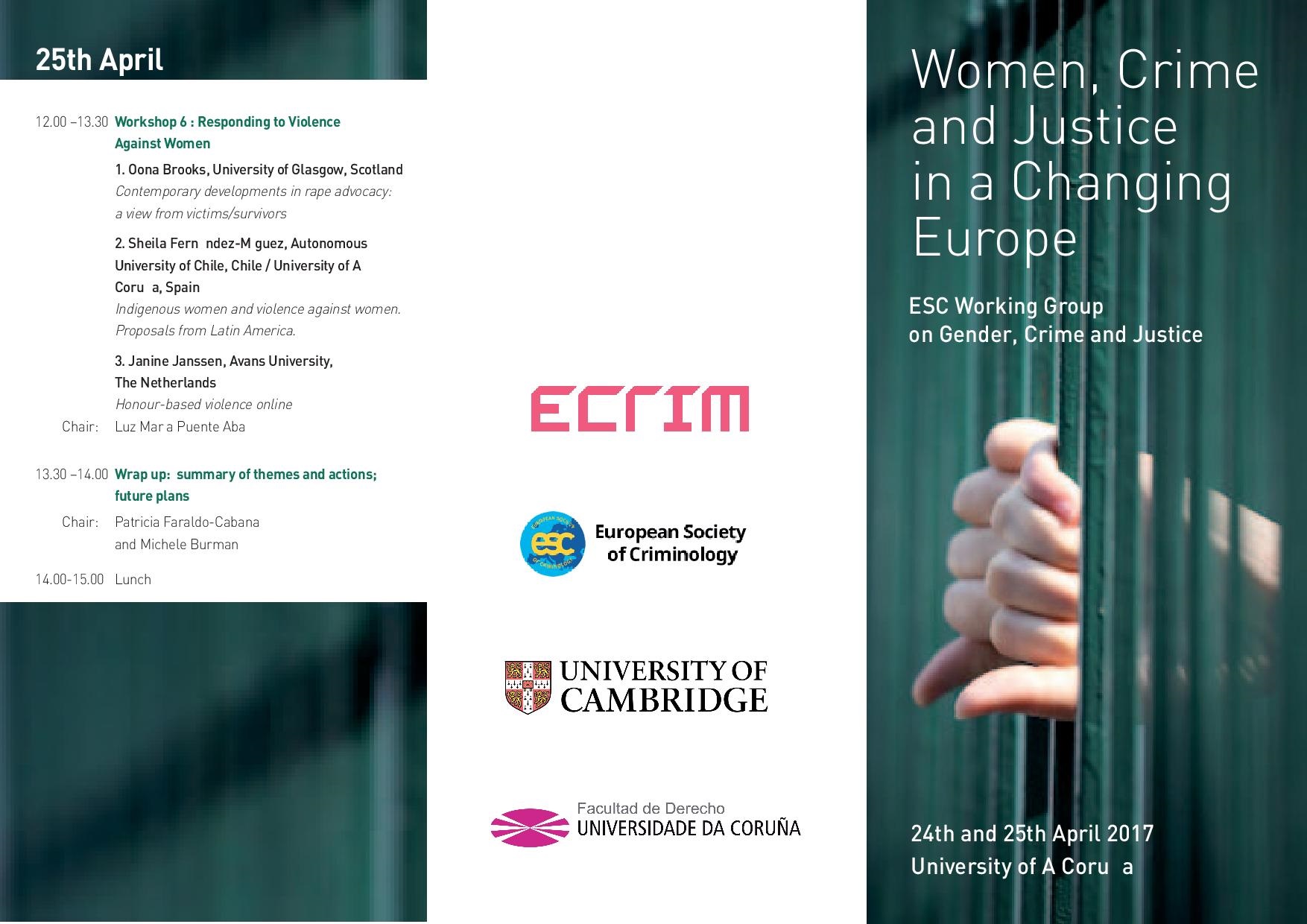 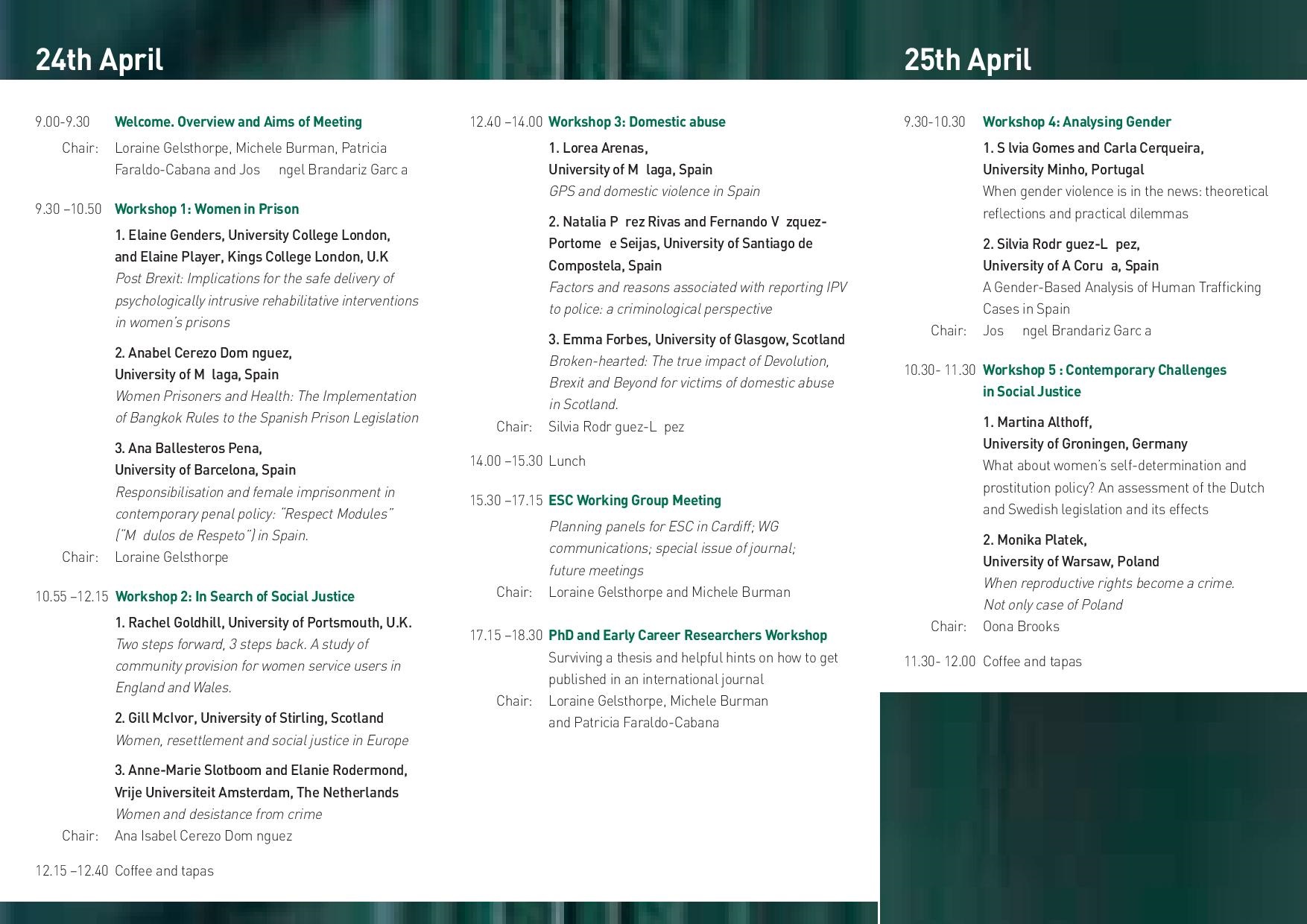