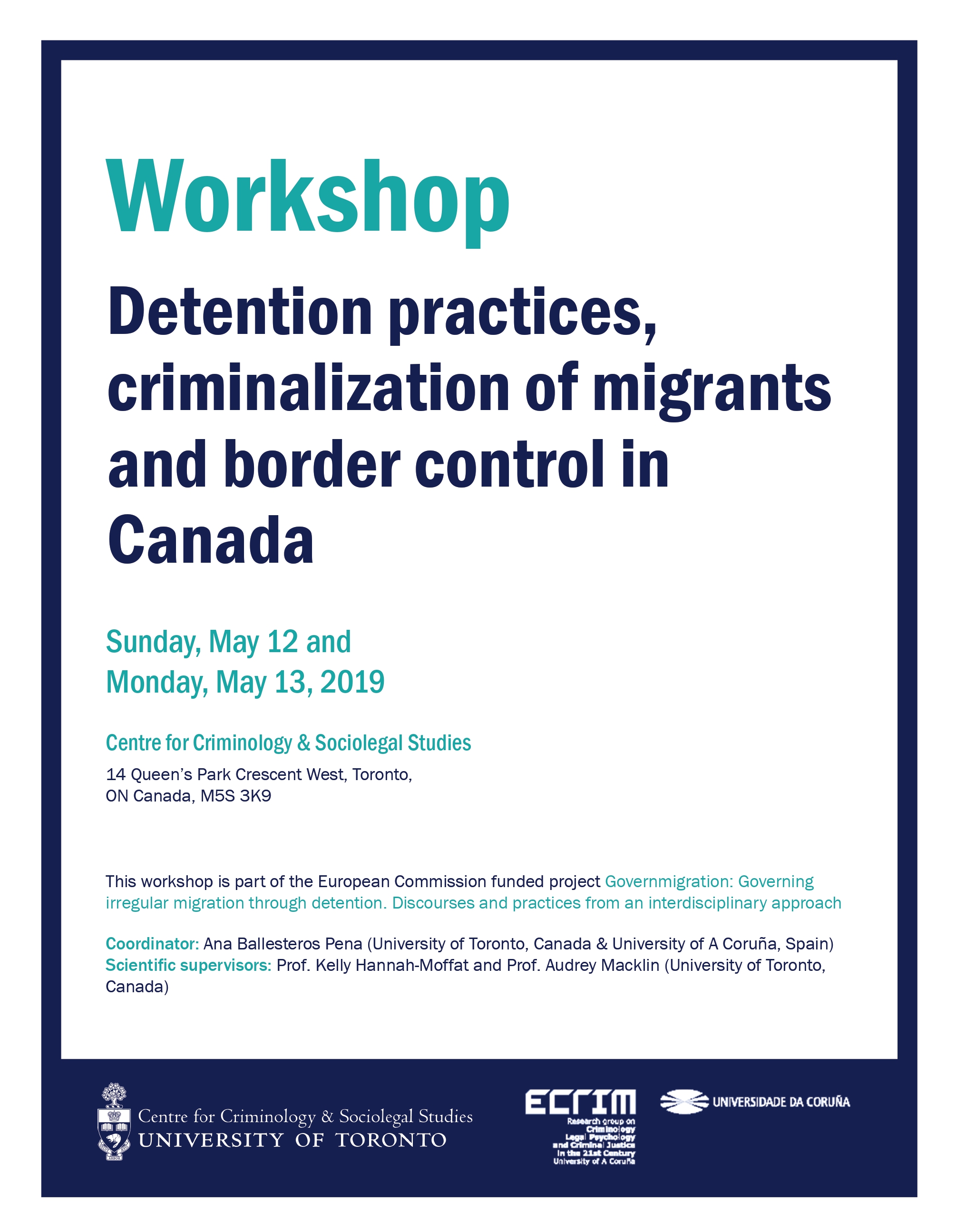 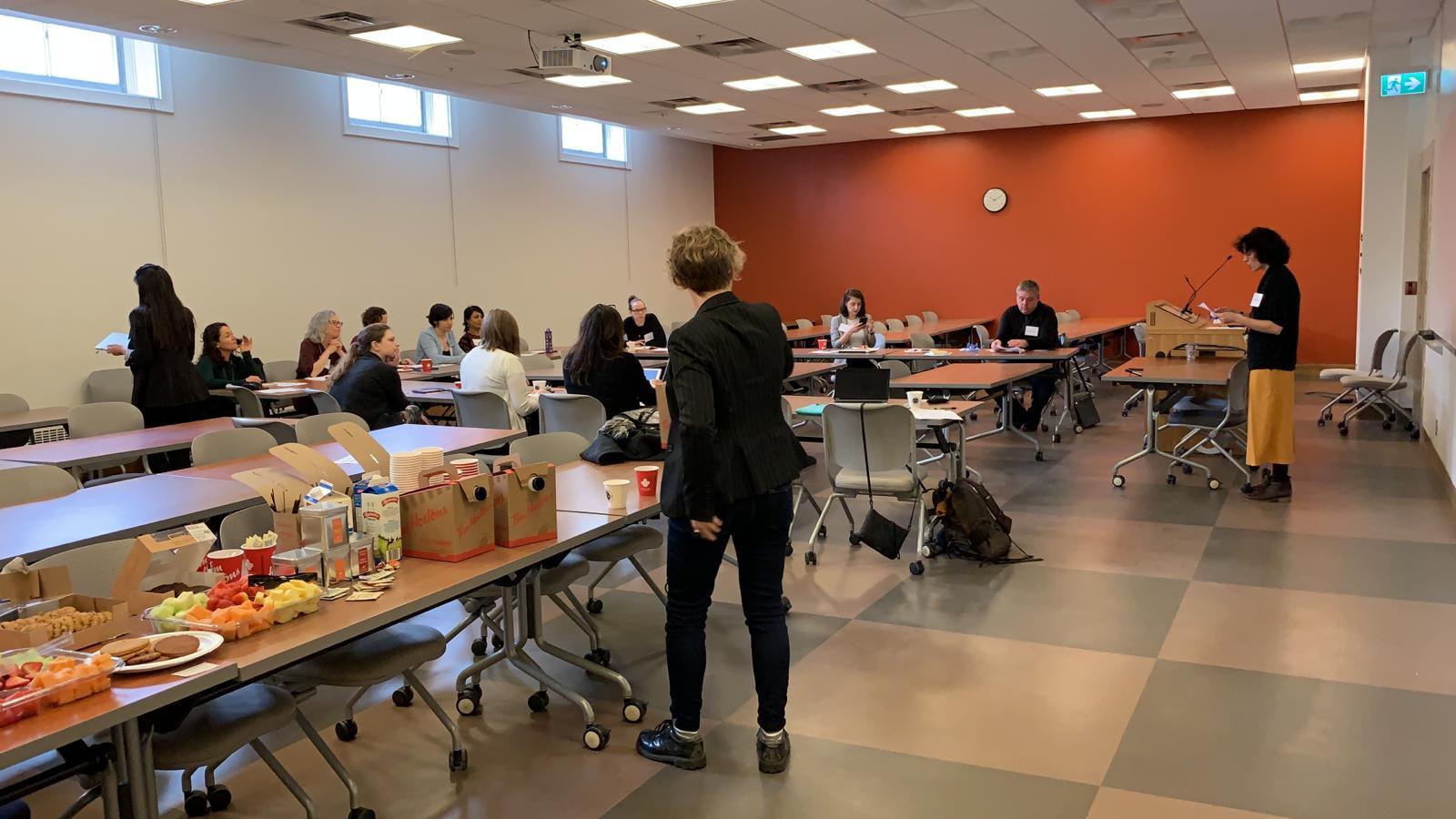 [ENG] On May, 12-13, the Centre for Criminology and Sociolegal Studies of the University of Toronto hosted the workshop ‘Detention practices, criminalization of migrants and border control in Canada‘. This academic meeting was co-organised by the ECRIM and the Centre for Criminology and Sociolegal Studies within the framework of the project Governmigration: Governing irregular immigration through detention. Discourses and practices from an interdisciplinary approach. The event was coordinated by Ana Ballesteros under the academic supervision of Kelly Hannah-Moffat and Audrey Macklin. The project is funded by the European Commission under the scientific program Horizon 2020 within Marie Sklowdowska-Curie Actions and jointly implemented by both academic institutions. 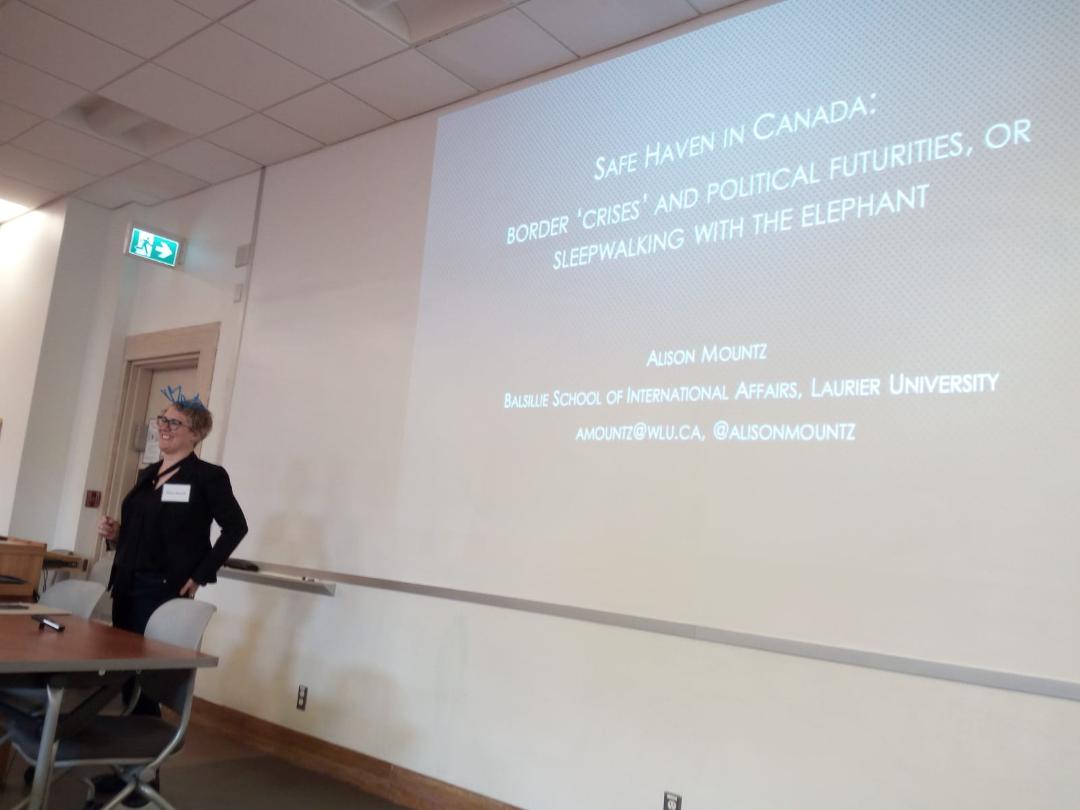 On Sunday, May 12, the workshop was opened with Alison Mountz from the Balsillie School of International Affairs at Laurier University (Canada), who presented a paper called ‘Safe haven in Canada: border ‘crises’ and political futurities, or sleepwalking with the elephant’. Her talk draws on the Island Detention Project to discuss where and how three global trends – externalization, detention, and the erosion of access to political asylum – converge in the borderlands.

Audrey Macklin (University of Toronto, Canada) also focused on spaces on detention by presenting a paper entitled ‘State of containment’ in which she analyzed the transformation of countries of the global South into detention sites for states of the global North. 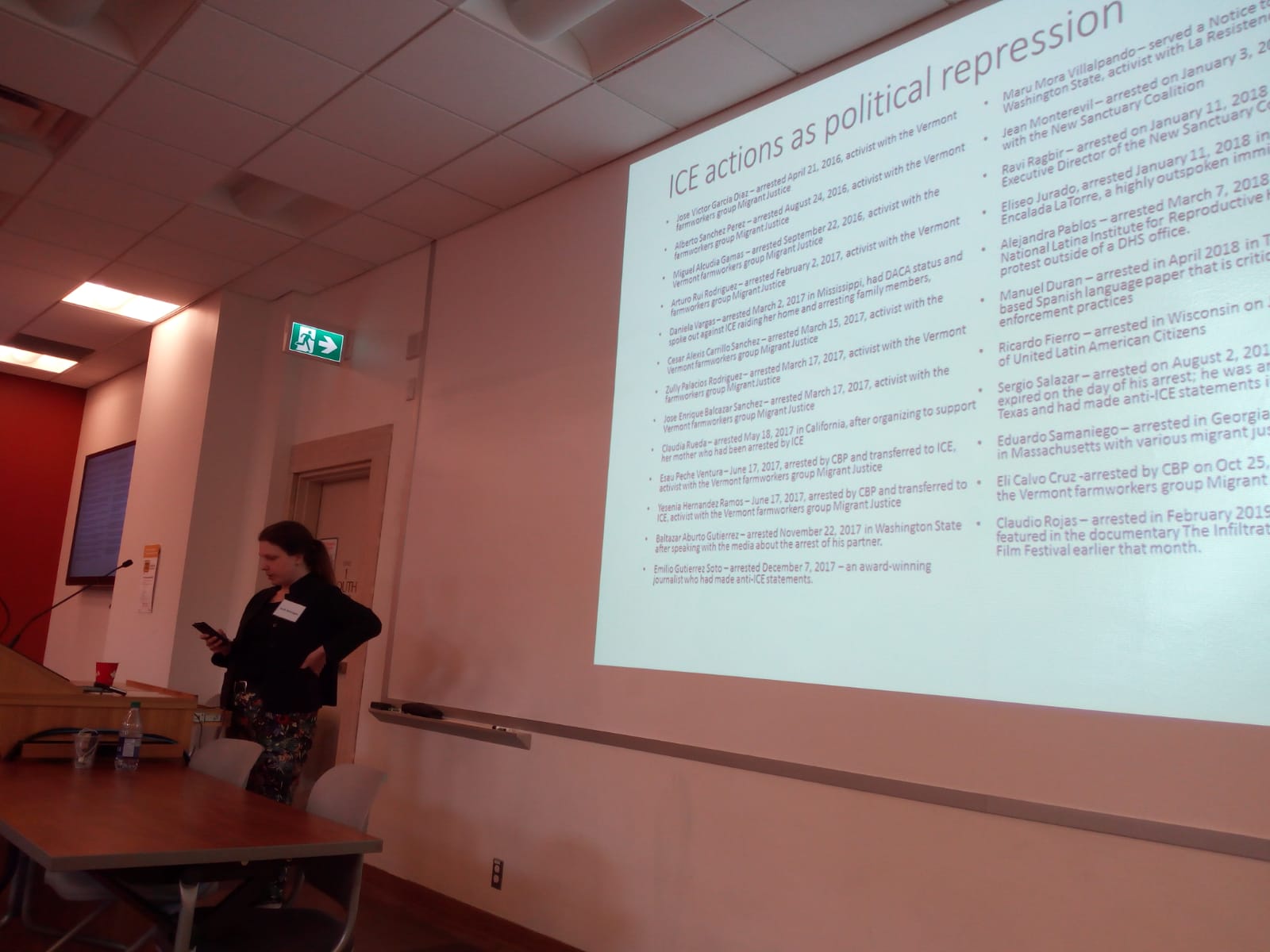 Leah Montagne (University of Toronto, Canada) examined a number of instances of what appears to be retaliation or revengeful immigration arrest and deportation proceedings in her paper  ‘Revenge, retaliation and resistance: exploring immigration enforcement under the Trump administration’. 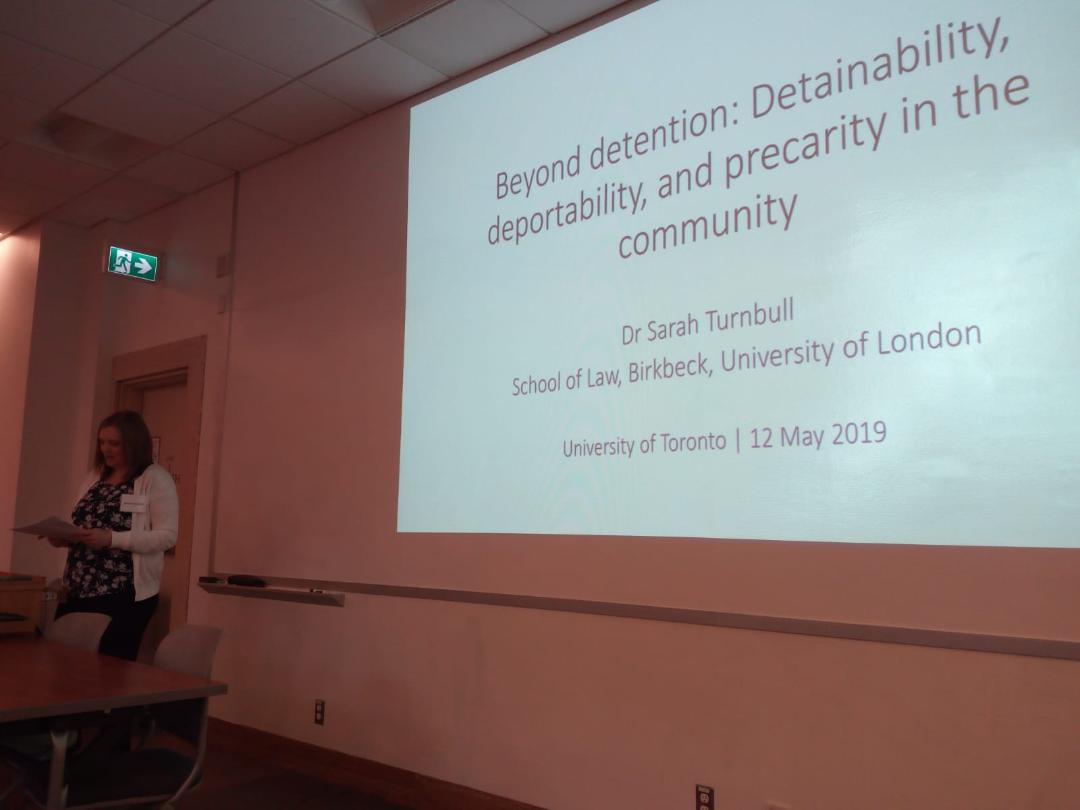 Sarah Turnbull, from Birkbeck, University of London (UK), argued that the experience of incarceration extends beyond the detention centre walls and into the British community in presenting her paper entitled ‘Beyond detention: Detainability, deportability, and precarity in the community’. 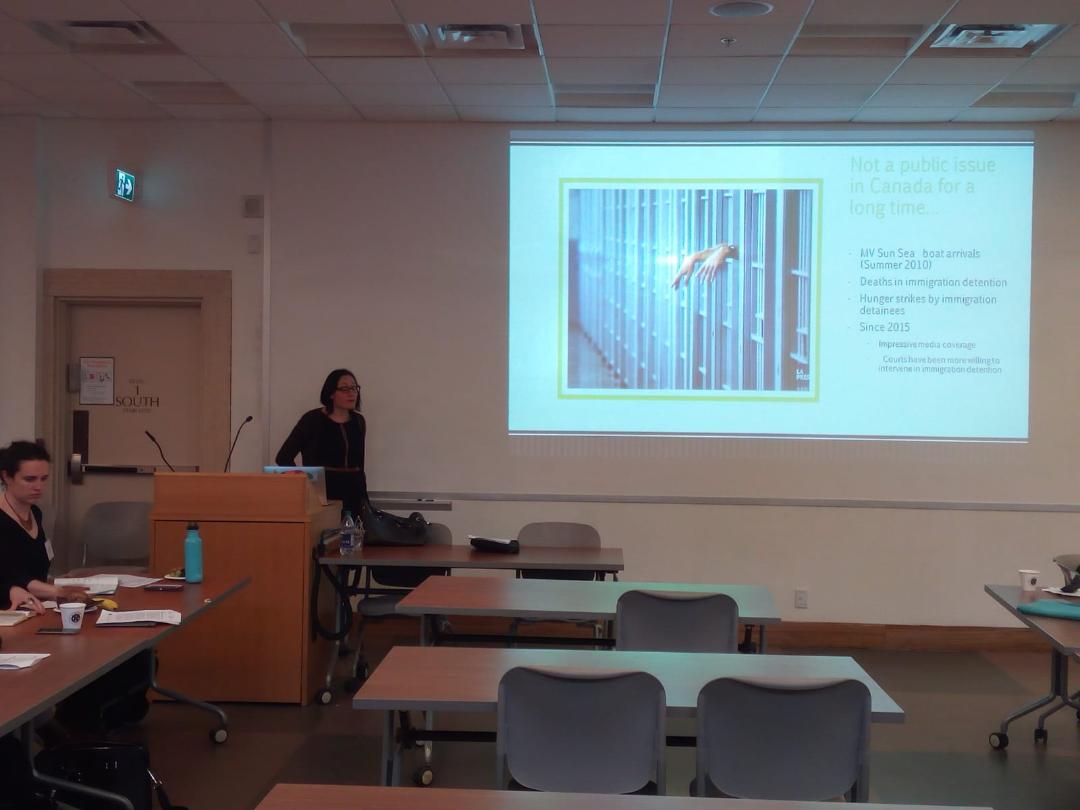 The second day of the workshop was opened by a paper presented by Delphine Nakache, University of Ottawa (Canada), entitled ‘The length of time in Canada’s immigration detention regime: why the current system needs to be changed’. In this paper, Prof Nakache compared the Canadian situation with that of other states and discussed why the current Canadian detention system is legally and morally wrong. 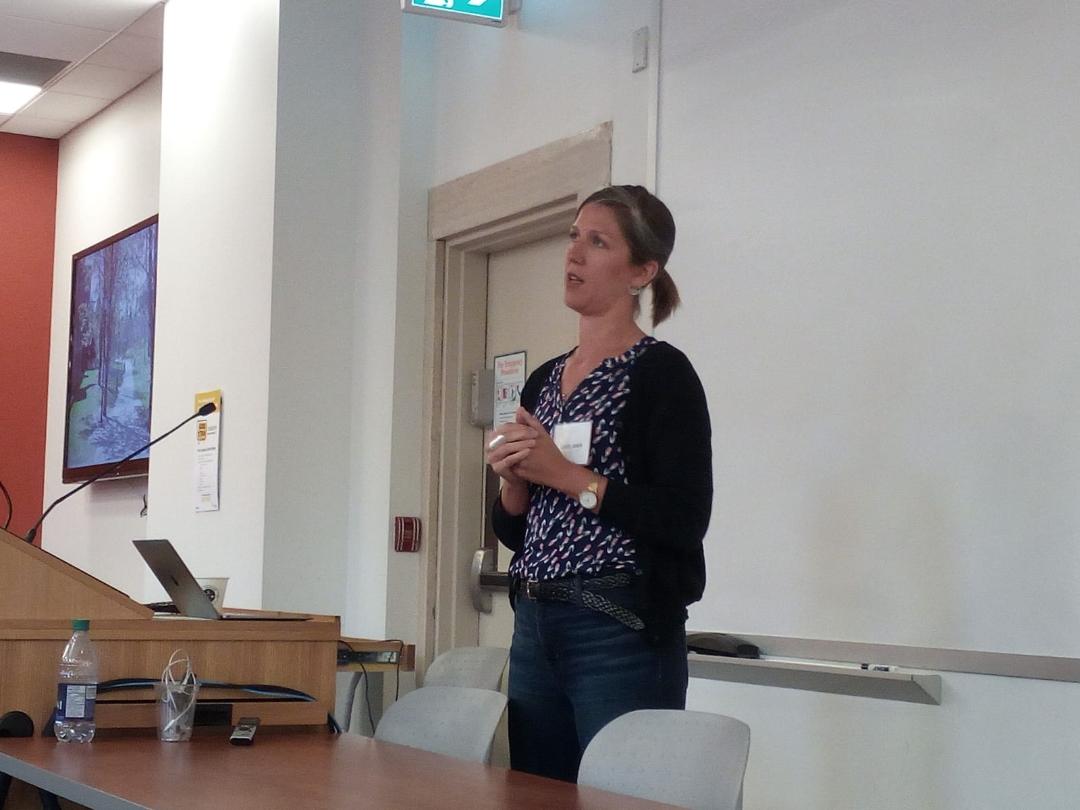 To continue with the legal approach, Molly Joeck, University of British Columbia (Canada), explored the legal framework of immigration detention in Canada by analysing detention as a law enforcement practice placed at the intersection of migration law and criminal law. 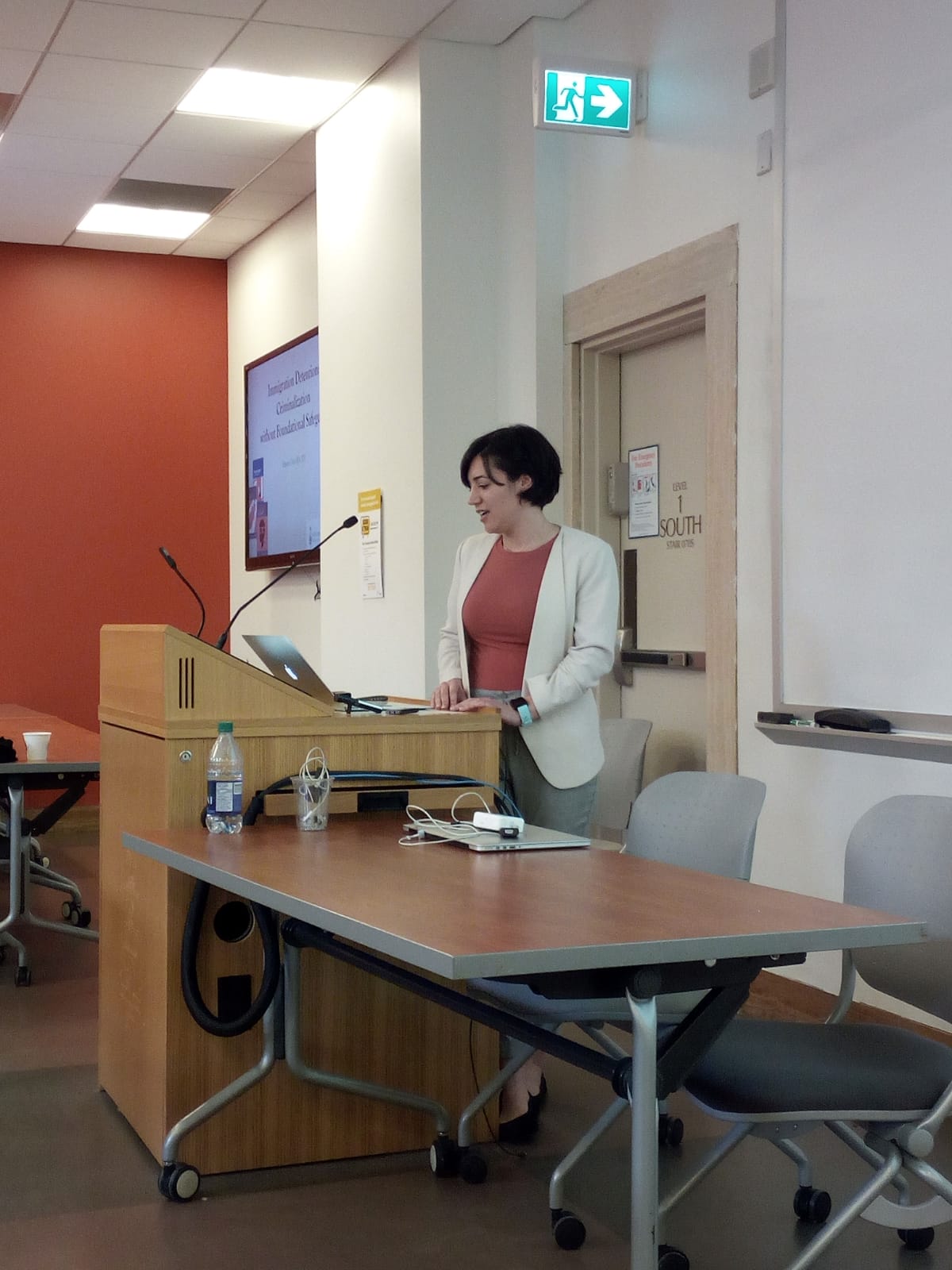 In the first session of the afternoon, Hanna Gros, University of Toronto (Canada), presented a paper entitled ‘Immigration Detention: Criminalization without Foundational Safeguards’ in which she questioned the criminal justice safeguards protecting foreigners confined in immigration detention centres. 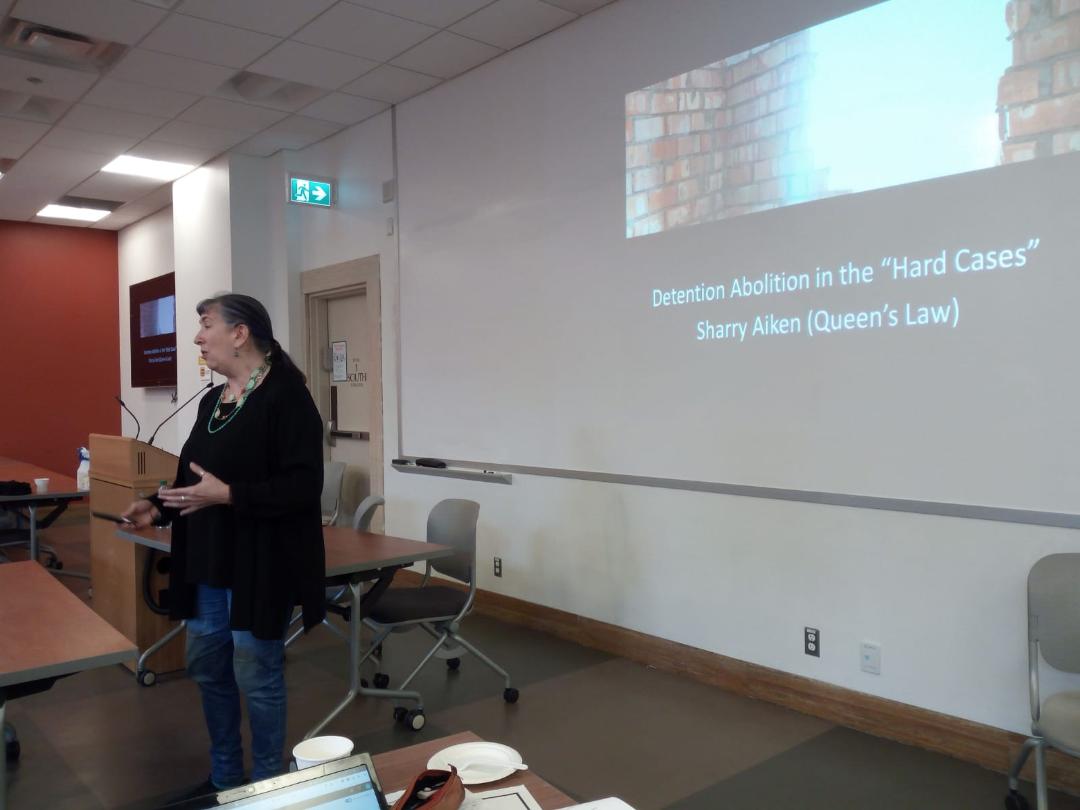 The workshop continued with Sharry Aiken, Queen’s University (Canada),  who in her paper ‘Detention Abolition in the “Hard Cases”’ reformulated the case for detention abolition as both a practical and reasonable policy response to the challenges raised by human mobilities in the decades ahead. 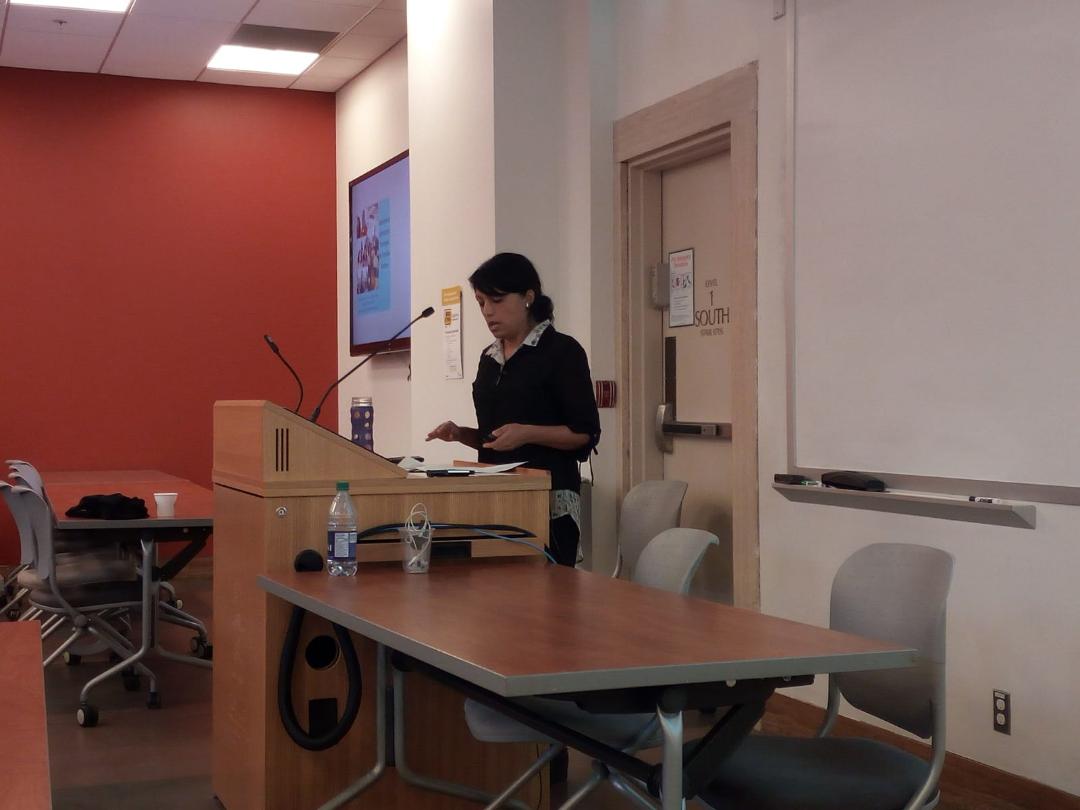 Salina Abji, University of Toronto (Canada), with her paper ‘Criminalizing Survivorship: Advancing feminist intersectional approaches to immigration detention in Canada’, shifted the analytical spotlight to consider the effects of the contemporary crimmigration system on migrant women survivors of gender-based violence. 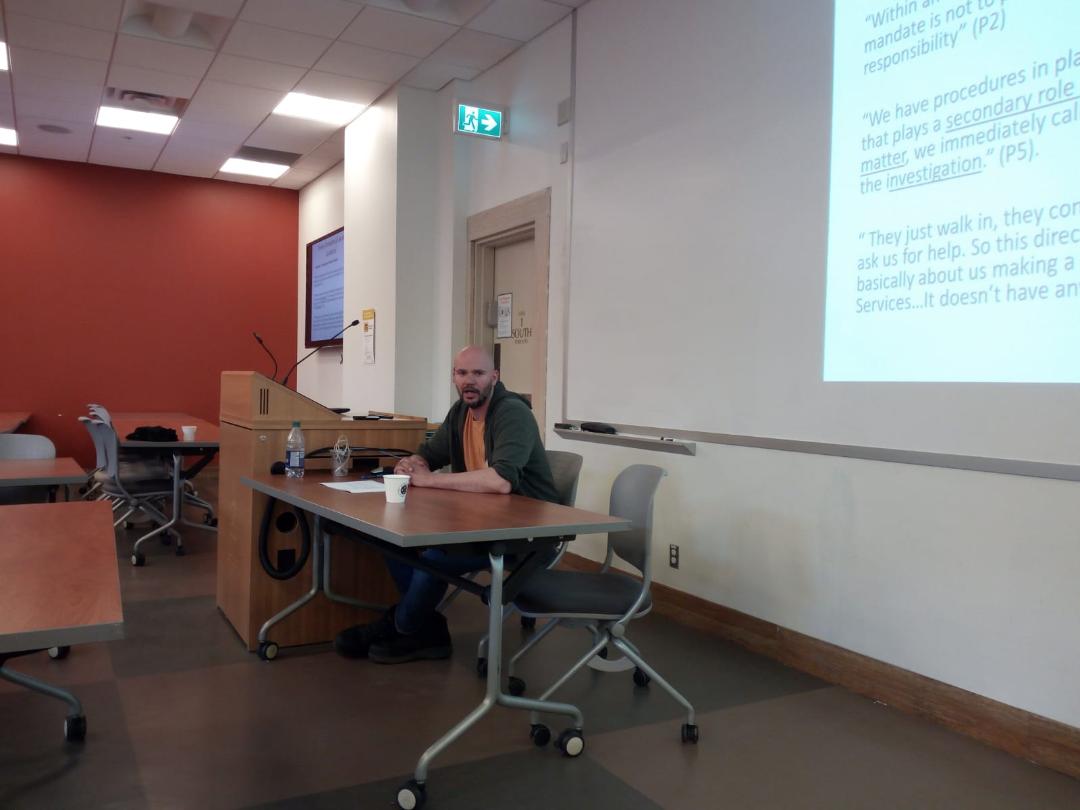 Finally, the workshop was closed by the presentation made by Graham Hudson (Ryerson University, Canada) who, with his paper ‘Law, Bureaucracy and Jurisdiction: Policing Non-Status Migrants in Ontario’, shared the results of a socio-legal study into the policing of non-status migrants in Ontario.

This project has received funding from the European Union’s Horizon 2020 research and innovation programme under the Marie Sklodowska-Curie grant agreement No. 796197