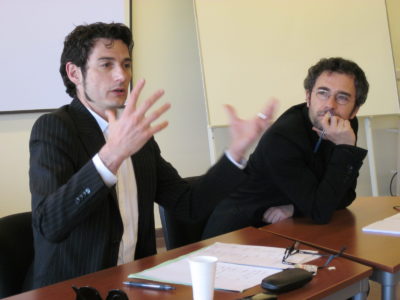 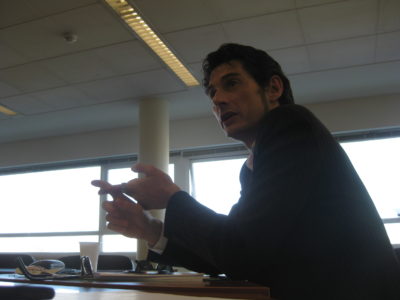 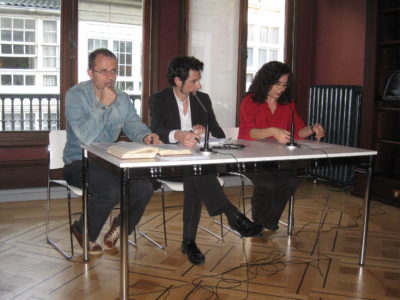 On Tuesday, April 12th, and Wednesday, April 13th, Laurent Bonelli, well-known sociologist and Reader in Political Science at the University Paris-X Nanterre (France), gave several talks in A Coruña, organized by the ECRIM research group and the students’ organization Plataforma do estudantando. Among them, on March 12th Prof. Bonelli made a lecture at the Law Faculty of the University of A Coruña on the evolution of the antiterrorist policies during the last decade. In his talk, Prof. Bonelli claimed that the rationale of the antiterrorist policies of this period may be primarily related to national policy issues, rather than to global ones. On March 13th, Prof. Bonelli made a lecture at the Casares Quiroga Museum, in downtown A Coruña. In his talk, Prof. Bonelli analyzed the latest evolution of the security policies in France and Europe, and the changes it determined on the various field actors (police officers, judges, scholars, etc.). This lecture, an example of what Bourdieu named ‘scholarship with commitment’, was introduced by Xosé Manuel Carril, Reader in Law at the University of A Coruña and candidate to the next local elections.